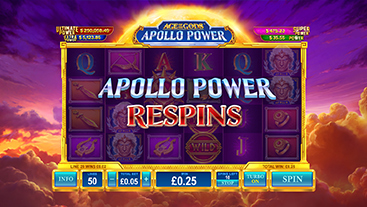 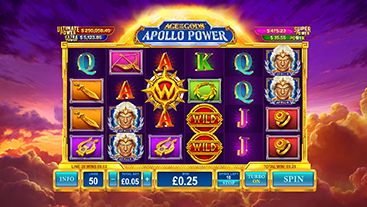 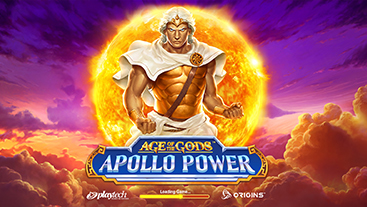 As part of our Welcome Bonus. Check the terms and conditions of the bonus, sign up, make a deposit, and start playing. There is a multitude of payment methods available at Casino.com UK, all providing a safe, secure, and fast way to load your account.

The Age of the Gods series is one of Playtech’s biggest hits and one of the main attractions here at Casino.com UK. It includes a range of games that explore the imagery and concepts of Ancient Greek mythology, from the Titans that birthed the Gods and lost the greatest war of them all, to the Gods that ran the skies and oversaw the birth of humanity.

These games are loaded with progressive jackpots and in-game features and Age of the Gods: Apollo Power is one of the best. It’s an homage to the sun god, who some say was responsible for carrying the sun across the sky on his chariot, and it can be played at Casino.com UK for real money.