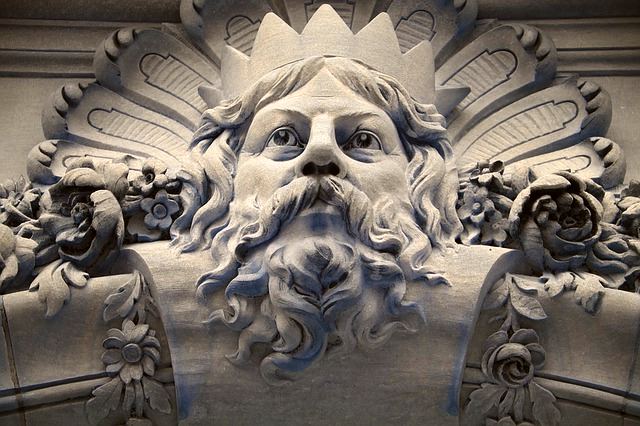 “Where have all the good men gone? And where are all the gods? Where’s the streetwise Hercules to fight the rising odds”? Don’t panic Bonnie: we’ve got good news. It turns out that a lot of the heroes are spending their downtime signing lucrative sponsorship deals with online gaming software developers.

From Hercules and Perseus, to Odysseus and Jason the Argonaut, the union of fearless, hench, heroes is in great shape; adding their names, antics, adventures, and characters to a swathe of hugely popular online slots.

Their stories are so old that any copyright claims lapsed long before Cleopatra dipped her big toe in a bath of asses’ milk. These legendary characters would have been the YouTube stars and influencers of their day. You can imagine the tweet: ‘Slayed Medusa today. Got myself a Gorgon gal – lol. Tough day at the temple #FreakyHair #NoEye2EyeContact.’
And we made eye to eye contact…

So who are these timeless titans and why are they such a draw for software developers in search of a theme for the next five-reel online slot sensation. In no particular order, here are the fabulous four. The legends that just won’t die.

Perseus is best known as the founder of Mycenae and the man who outwitted and beheaded Medusa. The early days were tricky. A prophecy had warned his grandfather King Acrisius that the son of his daughter would kill him. Acrisius tried to stop this happening by locking his own daughter in a darkened bronze chamber. If she couldn’t get pregnant, there would be no son and – therefore – no assassin.

However: Zeus is not a man to take no for an answer. The lusty Olympian simply transformed himself into golden rain and got down and dirty with the helpless Danae. The pregnant Danae was then put to sea in a wooden chest. But – instead of drowning – Zeus ordered Poseidon to calm the waves, the pregnant Danae floated ashore, and Perseus was born. Danae also finally got to work on her tan.

Perseus is best known for saving Andromeda and killing the snake-haired gorgon Medusa with a reflective shield; one look from her would turn a man to stone. It’s this legend which features in scores of different online slots, including Age of the Gods: Medusa and Monsters, Medusa: the Quest of Perseus, Clash of the Titans, Princess Andromeda, and many more.

Readers of a certain age will remember the iconic 1963 film Jason and the Argonauts. Now considered a cult classic, the film’s groundbreaking stop motion animation brought the legend of Jason, and his quest for the Golden Fleece, to life. dem bones dem bones

The story of Jason starts with infidelity, deception, and a claim to the throne. For Jason to become king, he must find the Golden Fleece. He assembles a crew and sets sail on the Argo. In the years that follow, Jason battles the Cyclops, Sirens, Harpies, and more. All fabulous fodder for game developers in search of a good saga. Online slots with Jason on board, include Microgaming’s Jason and the Golden Fleece, Golden Fleece Slot Machine, and Jason’s Quest.

Go quest, young man. Unlike many of his mythological contempories, Odysseus was born of mortal parents. Although he was fortunate enough to enjoy the protection and aid of the goddess Athena. Odysseus is the everyman of ancient Greek myth, appearing in various adventures. He tricked Troy into accepting the Trojan horse. He then spent a decade travelling home, fighting with Cyclops, sirens, and fathering children with Calypso the nymph. All to avoid that Ryanair flight.

He is the star of Homer’s Iliad and the Odyssey, as well as the inspiration for theatre, art, music, and dozens of online slots. In Age of the Gods: God of Storms, players must help Odysseus navigate his way home. The game even features a Wild Winds bonus round. There are also several slots dedicated to the battle of Troy and its tragic hero Achilles.

No list of ancient Greek heroes would be complete without mention of the mighty Hercules. He’s yet another one of Zeus’s illegitimate love children and a popular star of stage, screen, and slot. Dwayne Johnson, Lou Ferrigno, Arnold Schwarzenegger, and Ryan Gosling have all rippled their beefcake in his honour, and his name is a metaphor for all that is mighty: a Herculean achievement indeed. Hercules Arnie-style

When it comes to online slots, Hercules is omnipresent. Tales of Hercules, Hercules and Pegasus, Hercules High and Mighty, Ercole, and the Age of Gods: Prince of Olympus are just a small selection of the hero-themed games you can enjoy.

It’s been nearly 40 years since Bonnie Tyler held out for a hero. If she’s still looking, she might consider heading for her nearest casino. Online and offline, there are plenty to choose from.