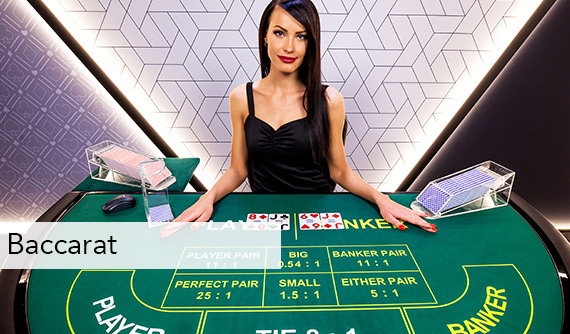 Dr Hook ‘could see your body talking’, Freddie Mercury had a ‘case of body language’, and the Jackson 5 said: ‘body language – let your body tell the story if you can’.

Body language is defined as a ‘non-verbal communication in which physical behaviours, as opposed to words, convey the information’. It’s a trait shared by much of the animal kingdom. See that cat, with a hunched back and a swishing tail? You don’t need to hear it hiss, to know it’s not happy.

An angry cat or dog is easy to spot. It’s the subtle ticks and twitches that can reveal so much more. One of the most famous examples was the televised debate between presidential candidates Richard Nixon and John Kennedy in 1960.

It was the first time a head-to-head live debate had been broadcast on television. Nixon had recently left hospital and was not well. He said all the right things but he was sweaty, shifty, pale, and clearly uncomfortable. His body language was very negative. The audience picked up on this and Nixon’s campaign never really recovered.

The Secret of the Tell

In the world of betting, understanding body language is a vital tool. For the Poker player, it is the key to mastering your craft. If you can spot an opponent’s tell – the game is as good as over. For the casino manager, body language can reveal if someone is telling a lie or up to no good.

Most casino games are between the player and the house. When you play Blackjack or Roulette, there are no secrets. There is no bluff. The only body language likely to be displayed is either happiness or disappointment.

Here are some of the cues to look out for when you are trying to decode an opponent:

These are the classic ‘tells’. They last for a fraction of a second. According to researchers, there are seven universal microexpressions: disgust, anger, fear, sadness, happiness, surprise, and contempt. Regardless of race, nationality, or language, these are universal expressions.

Microexpressions reveal our true feelings; a brief giveaway. The moment of disgust, followed by reassurances. The look of fear, backed up immediately by bravado. At the card table, the joy of drawing pocket rockets, followed immediately by a poker face of boredom. If someone spots that momentary giveaway, they will know you have got the nuts.

Here’s one to test on friends. If you ask someone to remember something from their past, if they are telling the truth, most of the time, their eyes will look up and to the left. It will take a fraction of a second as they ‘recall’ they event.

If a person is lying, it’s more likely that they will either maintain eye contact and not move their eyes or look up and to the right. No recall is necessary because they are making it up.

Another way of calling your opponent’s bluff is to clock the number of times they blink. When a lie is being told, people blink at a slower rate. However: immediately after the person has finished telling the lie, their blink rate increases rapidly. It’s slow followed by fast. In normal conversation, there is no fluctuation.

Another body movement giveaway is unconsciously moving both the hands and feet. People’s hand movement becomes more animated when they are telling a porkie. The hand acts almost as an editor, filling the awkward pauses, as the person tries to stay on top of the lie.

Meanwhile: in the leg and feet department, someone lying will cross and uncross their legs. Sometimes wrapping one foot around the other ankle This is all in a bid to release the stress and tension caused by committing to a lie. The discomfort of telling a lie may be hidden on the face but reveals itself elsewhere.

Gambling is an adrenalin-inducing activity. When its enjoyed responsibly, in a safe environment, it is a form of entertainment. You pay your money. You take a gamble. You hope to win.

Win or lose, your body releases both endorphins and adrenalin. It can be very hard to control your body movements with these natural chemicals coursing through your veins.

Just imagine, if you were lucky enough to win a million-pound progressive jackpot on the online slots, it would be almost impossible to hold down your true feelings. You would want to shout for joy. Few people could be as cool as this guy. Although, if you look closely, you can see he knows the answer, when the question is asked.

Of course, the best way to take body movement out of the game, is to play online. Play safe and enjoy!