Who Dares Sometimes Wins – The Greatest Bets Ever Made 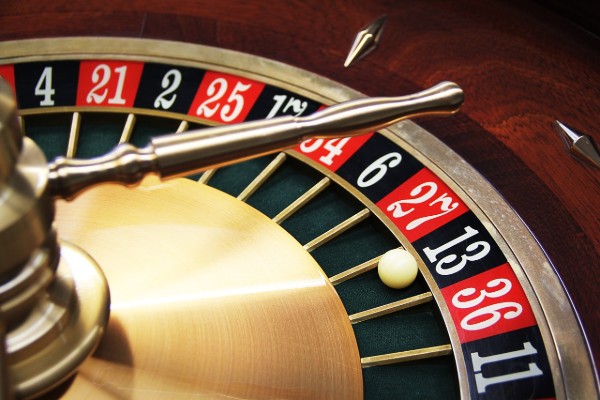 What does it take to make a great bet? Is it a sliver of priceless inside knowledge; the hot tip that has bypassed the bookie? Is it a combination of very deep pockets and nerves of steel? Perhaps, it’s just a fool’s luck combined with a twist of fate. The truth is: it’s all of the above.

Our top four greatest bets ever made is a blend of blind faith, extraordinary luck, and testosterone-fuelled insanity. These are the punters who made the play that really paid. These are the bets that bookmakers fear and players dream about; the once-in-a-lifetime betting bullseye that brings home the bacon with a side order of champagne.

Cross those fingers, make a wish, grab that lucky rabbit’s foot, and read on, as we reveal four of the finest gambling transactions known to man. They took the punt and it paid off.

Google ‘the most manly man ever’ and you get a list of Hollywood hard man so replete with testosterone that simply looking at their images on the screen causes women to swoon and men to question their sexuality.

Leading the charge is milk-drinkin’ John Wayne, followed closely by Clint ‘Feeling lucky’ Eastwood and Chuck ‘I don’t turn on the shower – I stare at it and make it cry’ Norris. As macho as these XXXXXY chromosome heavyweights are, they are left holding the beer of a mysterious Welsh gambler whose powers of prediction left bookmakers quaking in fear.

In 1989, our time-travelling punter bet $50 that – in the year 2,000 – U2 would still be together and television would still be broadcasting Eastenders, Neighbours, and Home and Away. To complete his trifecta, he also bet that Cliff Richard would be knighted before the end of the century. On January 1, 2000, he walked away with a cool $320,000.

Pub quiz experts get ready. Who was the first man to swim the English Channel? The answer is – of course – Matthew Webb. Born in 1848, Webb was the archetypal Victorian man: manly, persistent, courageous, and full of self-belief. The latter would ultimately lead to his demise.

Smeared in porpoise oil, Webb successfully swam the Channel in 1875. Stung by jellyfish and buoyed on by brandy, Webb took 22 hours to make the crossing and became an instant celebrity. Webb’s self-confidence led him to accept a bet for $10,000 that he could swim across the dangerous Whirlpool Rapids at Niagara Falls.

It was an astonishing amount of money and Webb knew no fear. Sadly, he never collected on the bet. In 1883, Webb lost his battle with the waterfall. His body was found downstream four days later and is now buried in Shropshire where his gravestone reads “Nothing great is easy”. Indeed.

3. Roy of the Rovers Gets Rewarded

Love is blind. It also comes in a variety of football strips and colours. In this case: blue and white. At the start of the 2015 – 2016 Premier League season, Leicester City were 5000-1 outsiders to win the title, having only just survived relegation the previous year.

Only a handful of true fans took the plunge and backed the Foxes to win. As the season’s end approached, some punters got nervous and cashed out. One supporter took a £72,200 profit on his bet. However: if he had held his nerve, he could have pocketed £250,000.

If you ever want to see what fear looks like. Find a bookie and say the name Frankie Dettori. On September 28, 1996, Mr Dettori made racing history when he won all seven races at Ascot. It had never been done before. It’s never been done since. It’s unlikely it will ever happen again.

Dettori single-handedly cost the betting industry in excess of £30 million. Six victorious races in and every single punter at the track was betting, willing, and wishing for Dettori to make it seven in a row. For perspective: the odds of Dettori pulling this off were 25,051 – 1. One lucky punter pocketed £500,000. Shocked bookmakers are still counting the cost more than 20 years later.