The Gambler’s Fallacy: Logic vs. Feelings at the Casino

Blog > Casino News > The Gambler’s Fallacy: Logic vs. Feelings at the Casino 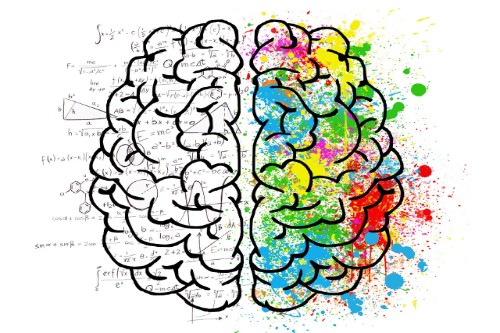 Imagine: you’re at the roulette table. You’ve been watching the ball spin and bounce its way around the wheel. For the past 15 spins, the ball has landed on black. Every. Single. Time. As the croupier throws the ball again, and announces ‘no more bets’, it wouldn’t be unreasonable to assume that – this time – the ball would not land on black. Surely… it’s time for red to win. Isn’t it?

The short answer is ‘no’. This is the ‘gambler’s fallacy’: a failure to understand statistical independence. In fact, the chances of hitting either red or black are 50/50 every time (if – for the sake of simplicity – we exclude the zero). Each time the wheel spins, it is a singular betting occurrence; the odds are the same every time and are completely unaffected by the previous spins of the wheel.

Another great example are lottery numbers. Few people pick consecutive numbers, incorrectly assuming they are less likely to hit than those more randomly spaced. The plain truth is: a ticket with the numbers 1, 2, 3, 4, 5, 6 and 7 is just a likely to win as any other.

Dek Terrell wrote an article in the Journal of Risk and Uncertainty (1994), which defined the gambler’s fallacy as “the belief that the probability of an event is decreased when the event has occurred recently”, which is probably as good a definition as any.

With seconds to go, and just one shot to save the universe, Luke Skywalker flicked off his targeting computer and listened to the ghostly voice of Ben Kenobi. ‘Trust the Force’, he said. Luke did and scored a blinder.

Meanwhile in a galaxy far, far, away, a certain S’chn T’gai Spock is a character driven by nothing other than pure logic. On paper, you would think that Spock would consider gambling illogical. However, in Star Trek, episode 21 (Patterns of Force), season 2, in 1968, he said: “Captain, I’m beginning to understand why you Earthmen enjoy gambling. No matter how carefully one computes the odds of success, there is still a certain… exhilaration in the risk.”

And it is that ‘exhilaration’ that blurs the edges of logic and strengthens the influence of feelings.

Emotion is rarely your friend when it comes to casino gaming, however, and it can lead to some hasty decisions which players may come to regret.

It was the night of Monday, August 18, 1913. Stainless steel had been invented by Harry Brearley five days earlier and Adolphe Pegoud would be the first man the parachute from an aircraft within 48 hours. In Monaco, at the lavish Casino de Monte-Carlo, it was business as usual. Europe’s wealthy came to gamble and play. Little did they realise, they were about to witness an occurrence that was a 136,823,184 to one shot.

A crowd started to gather around the roulette table, as people realised the ball kept landing on black. In fact, it would land on black for 26 consecutive spins. Only finally hitting red on the 27th spin. It was a great night for the casino. As the ball continued to hit black, more and more people wagered on red. From the 15th black spin, the pots kept increasing in size. After the red had hit, there was disproportionate betting on red. People believed that red was due for a run as well.

All this is a prime example of feelings trumping logic and the most famous example of the gamblers’ fallacy in action.

Gambling has been a form of entertainment for centuries, with nearly 70 per cent of the population enjoying at least one punt every year. The paradox of gambling lies in the knowledge that gambling odds work both for and against the player. There is a latent human irrationality to accept the fact that gambling is risky and they won’t win every time.

This is just one of many faulty beliefs that develop, pitting logic against feelings. Superstition is another paradox. There is no factual evidence that blowing on the dice at the craps table increases the likelihood of a successful roll. Studies have shown that players who are allowed to throw the roulette ball are likely to bet more on that spin. In reality: personal human contact does not influence outcome.

Poker is a game where logic and feelings are fundamental. Every top player will understand the statistics of every hand; the probability of drawing a winning card. However, poker is about playing the man – not the hand. It’s one of the few betting games where a ‘feeling’ can be a game changer. Every poker face will eventually tell a story and that twitching eyebrow could be the clue to a bluff. Top players like Daniel Negreanu even seem to have a sixth-sense which enables them to read the minds of their opponents.

However, casino poker is no different to other card games played on the gaming tables. Just because you have had a run of poor hands doesn’t mean that you are ‘due’ a good one next. The best advice is to set yourself a limit at the casino and stick to it – don’t fall prey to that feeling that leads to players chasing their losses in the hope/expectation that their luck will turn.

At the end of the day, gambling is just a form of entertainment. Enjoy the excitement, relish the adrenalin buzz, but make sure you never let the logic go. When it comes to enjoying a little action at the tables, take a shot like Skywalker but make sure that – ultimately – the voice in your head is Mr Spock.