Gambling in The Philippines 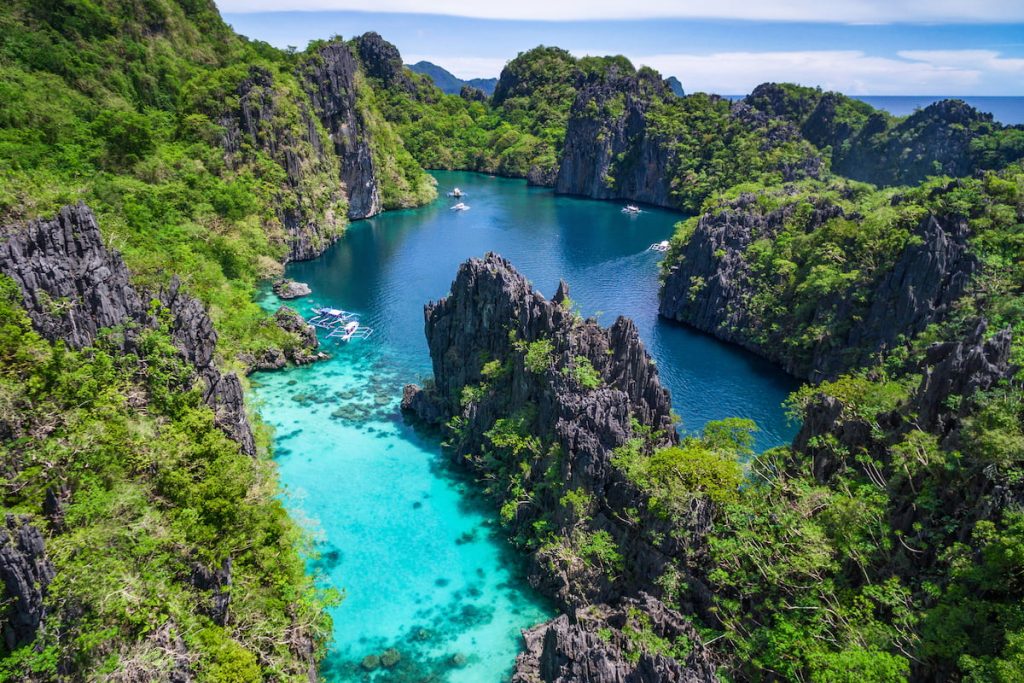 When you think of holidaying in The Philippines, you would be forgiven for not immediately thinking about visiting the casino. The South-East Asian archipelago is host to over 7,600 islands of all shapes and sizes. Island-hopping, snorkelling or just lazing on the beautiful white sandy beaches would all probably spring to mind before you thought of taking a spin on the roulette wheel, or trying to strike it lucky on the slots.

In actual fact, gambling is big business in The Philippines. A 2015 review of the economy stated that of the eight million tourists who visited the famously friendly nation, around 67% visited a casino of some sort.

Knowing this, it is not surprising to discover that the casino resort business is booming across the country’s islands, with world renowned brands such as Resorts World and City of Dreams investing billions to deliver world class entertainment destinations for tourists.

Origins of Gambling in The Philippines

The origins of gambling in The Philippines dates back hundreds of years. It is unclear when exactly it was brought to the attention of Filipinos. We do know, however, that a Spanish expedition led by Magellan landed on the island of Palawan in 1521. Upon arriving on the island, Magellan noted that the locals were placing wagers on cock fighting (sabong), so gambling certainly precedes that date – possibly introduced by Chinese merchants and seafarers.

Following Magellan’s arrival in The Philippines there was a long period of Spanish colonization. During the subsequent three centuries, gambling became more and more ingrained in the fabric of Filipino society. Sabong remained incredibly popular, with most villages hosting events in one form or another. It became so ubiquitous that few tourists would leave The Philippines without visiting a local cockpit.

Other forms of gambling flourished during this period. Lotteries, card games, billiards and horse racing were all introduced, and helped to make gambling a national obsession by the end of the 19th century. It was so popular that the Spanish authorities became keen to outlaw gambling due to its perceived negative effect on communities. However, its prevalence and popularity in society made it almost impossible to completely criminalize.

When the Americans began their period of occupation, they also attempted to outlaw gambling – including the ever-popular sabong. However, they would encounter the same problems as the Spanish and would quickly decide that it was it was better for the government to profit from the wagers through taxation rather than introducing blanket prohibition.

By the end of the second world war, the era of colonization was over, and Filipinos took control of legislation for themselves. In order to bring gambling under control, the Philippine Amusement and Gaming Corporation (PAGCOR)  was established in 1976 to oversee the ten casinos that had already been established. By the 90’s PAGOR was responsible for almost all gambling in The Philippines, with one rare exception being sweepstakes/lotteries which were run by The Philippines Charitable Office (PCO).

Popular types of gambling in The Philippines

Casinos and sportsbooks are as popular in The Philippines as they are elsewhere in the world. There are fifty casinos in the country, both privately and publicly owned, that offer wide variety of slots and table games to the public. There are also three major racetracks which support horse racing, while the aforementioned PCO runs a popular variety of lottery. However, these types of gambling are nowhere near as culturally significant, nor as controversial, as sabong.

Surprisingly, sabong not only remains legal in The Philippines, but is incredibly popular. Following covid and the subsequent lockdowns and restrictions placed on nationals, sabong was brought into the digital age with gambling on e-sabong proving to be incredibly lucrative. Such was its popularity that taxes received from e-sabong wagers are thought to have contributed significantly towards rebuilding the Filipino economy following the pandemic.

E-sabong was credited with generating around 640 million pesos (around $11million) per month to the government through taxes. However, the increase in popularity caused hugely damaging societal issues which the government had to resolve. Abductions rose significantly, many became addicted to gambling, personal debts spiralled, and robberies were routinely carried out by those indebted by their addiction. Even those who owned the cocks were often accused of fixing the outcomes of the fights for personal gain.

E-Sabong was eventually banned in May 2022, but sabong and cockpits are still legal and incredibly popular. The sport is thought to generate around $1billion every year and remains culturally important for many locals.

Casinos in The Philippines

Around twenty of the fifty casinos in The Philippines are based in the capital Manila, with the city witnessing a rapid expansion in the number of luxury casino resorts it hosts. One of the most expensive of these is the $3 billion Okada, which is set on 40 hectares along the sea front. The spectacular resort was opened in 2016 and boasts 4,623 slot machines alongside 599 table games.

Competing for your attention in Manila is the same company that successfully runs the only casino in Malaysia – Resorts World. Recently renamed Newport World Manila, this resort opened in 2009 at a reported cost of $1 billion. The luxury destination was actually the first casino resort to open in Downtown Manila, and consists of seven different hotels, a theatre and a three-floor casino. Another 3,000 slots and 550 table games have also been added to the Manila casino landscape by the City of Dreams and The Solaire – at a combined cost of over $2.2 billion!

Around 800km away from Manila Metro lies Cebu, the ninth largest island in The Philippines. The island is famous for its docile whale sharks and many tourists take the opportunity to swim with them a few hundred metres from the coast. In Cebu City you are likely to find a different kind of whale frequenting its well-appointed casinos. The NuStar is one such casino. Opening in 2022, The NuStar will provide 1,500 slots and 250 table over 21,000 square meters, which will make it the biggest casino in The Philippines outside of Manila.