Discover the Only Casino in Malaysia

Blog > Casino News > Discover the Only Casino in Malaysia 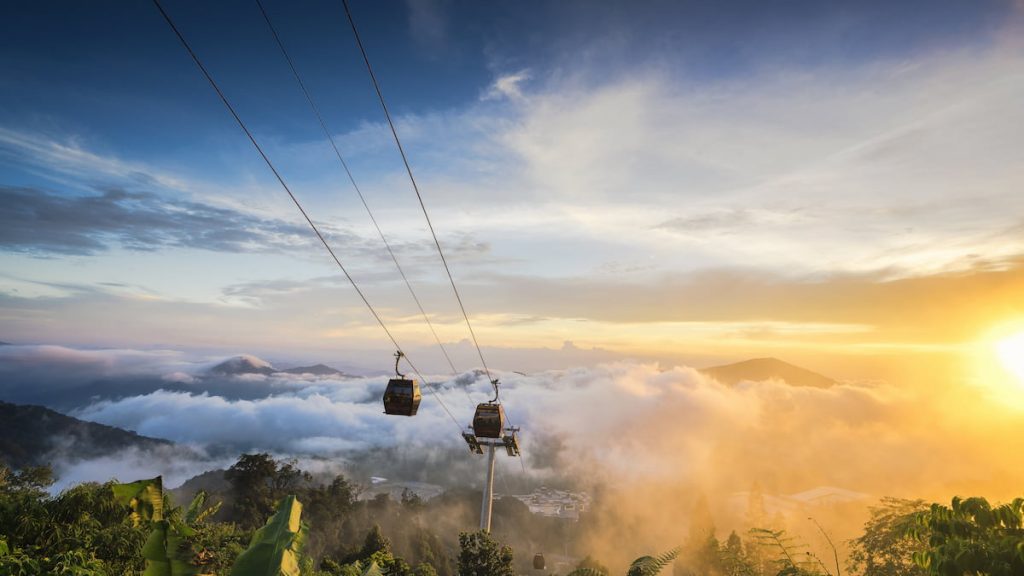 One hour drive from Kuala Lumpur and perched some 1,800 metres above sea level lies the sprawling Resorts World Genting. Built across over 14,800 acres and consisting of indoor and outdoor theme parks, hotels and a casino, the “Las Vegas style” resort attracts visitors from all over the globe to relax and play at the mountainous retreat.

Such resorts are not unique in Asia. Indeed, Macau is a world-famous destination for sightseers and casino enthusiasts alike who flock to the former Portuguese colony in their droves to frequent the stunning casinos and tour grand hotels such as The Venetian and the iconic Grand Lisboa. What makes the Genting Resort unique is that it has the distinction of being the only land-based casino in Malaysia, while also being simultaneously legal and illegal for the general population to visit.

The Curious Case of Malaysian Gambling

Gambling has long been an enjoyable pastime for many Malaysians. Its origins are thought to trace back to the 19th century, when Chinese merchant sailors would frequent the country’s ports while navigating trade routes across South-East Asia. Horse racing would also later be brought to the country by the British, and horse tracks remain a popular destination for many today. However, the legality of gambling in the country is a curious case.

As Malaysia is a predominantly Muslim country, Sharia law governs the day-today life of many of the population. However, Malaysia has long been a melting pot different cultures and nationalities meaning that a large cross section its society are not Muslim. Indeed, around 40% of the populace come from diverse backgrounds, with Chinese and Indian Malays accounting for much of this. The result is that Malaysia has a second legal system that enforces secular law, which is far more flexible when it comes to gambling legislation.

This dual legal system has resulted in Malaysia being in the unique situation of gambling being both prohibited for much of its people and legal for others. Gambling institutions are entirely legal, although they must refuse entry to practicing Muslims. Currently non-Muslims in Malaysia can partake in gambling in a casino, at the horse track or through licensed lotteries. There is a thriving black market however, with the illegal gambling industry thought to generate 60% more in revenues than their legal counterparts.

From Mountain Top to Casino Slots

Resorts World Genting originally named the Genting Resort, was the brainchild of visionary entrepreneur Lim Goh Tong. In 1965 he spotted a gap in the market for a retreat in the mountains that would be easily accessible for the citizens of Kuala Lumpur. Following intensive location research, he settled on the Genting Highlands as the perfect place to develop. Although mountainous, the Genting Highlands would be only an hour drive from the nation’s capital. Lim Goh Tong was steadfast in his belief that the resort would be popular, contrary to the opinion of many of his critics who felt the wealthy businessman was embarking on an expensive folly.

Goh Tong would soon be justified in his faith in the project. Before opening in 1971, the resort would be awarded the first – and only – casino license in Malaysia. The new resort would boast a casino, along with a spectacular hotel. Soon two theme parks would join the line-up, along with a cable car. A township, Gohtong Jaya, was soon established nearby, named after the casino’s founding father. The township would offer further hotels, housing, restaurants and schools, all supported by the revenues and year-round popularity of the resort.

Today the main casino has been rebranded as the SkyCasino. The vast, two floor casino floor has a strong line-up of slots and table games. In fact, the 3,160 slots machines on offer at the SkyCasino is 50% more than the spectacular Venetian Macau can boast, and almost 500% more than Korea’s Jeju Grand (546). Asia has a wide array of spectacular casino resorts, from Korea to Macau, and the Philippines to Vietnam. However, Malaysia’s lone casino still attracts more than 60,000 visitors every day, making it a stellar piece of Asia’s spectacular casino line-up.