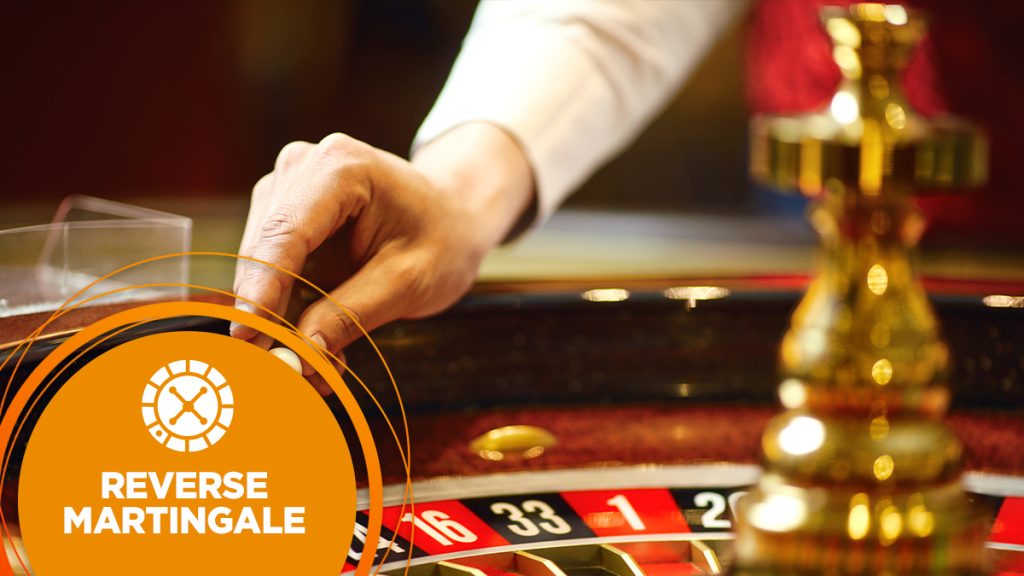 Since the dawn of gambling in the halls of ancient civilisations, the house has always had the edge. Yet, the players have always attempted to prove that they can logically beat the game. It used to be that betting systems would work their way around a dedicated few, but thanks to the wonders of the internet, anyone can quickly find a supposed expert detailing a proven betting system.

What is the Reverse Martingale Betting System?

The Reverse Martingale system, also termed the ‘Anti-Martingale,’ is centred on doubling the bet after each win and returning to the selected starting amount after a loss. To operate the Reverse Martingale betting system, you need to target the bets with odds or returns closest to evens, such as red or black on roulette or the game of blackjack.

The Reverse Martingale betting system beings with a low base wager. You continue to bet that same amount until you win. If a win happens, you double your next bet. When that winning streak comes to an end, you revert back to the original base bet and start again. It’s advertised as a method that will maximise your winning streaks without the inherent risk of doubling after losing, as is the case with the standard Martingale system.

Here’s an example of how someone would expect the Reverse Martingale betting system to work:

In the example above, with one loss followed by three wins and then a loss, the bettor comes out with £25 in profit following an initial loss of £5. To carry on, that pot reduces to £20 with one more loss. The system is targeted at maximising a winning streak rather than recovering losses.

The Reverse Martingale betting system doesn’t work because it relies on winning streaks, with each consecutive loss extending how many wins in a row you need to make a profit. Furthermore, just as each loss extends your necessary winning streak, each subsequent win becomes more unlikely, statistically speaking.

While people aren’t fully immersed in random number generator games, which is one of the benefits of the live casino scene, the likelihood of the Reverse Martingale system working in both formats is the same. Due to the house edge, even in European Roulette, where the edge is predicated by one of 37 numbers, each base bet has a less-than-evens probability of winning.

Given the 51.4 per cent probability of losing any given bet, a win already technically defies the odds, but here’s how unlikely a series of wins is, even on the more user-friendly European Roulette.

With odds and evens paying 1:1, the low half and upper half paying 1:1, and the black and red betting fields paying 1:1, you certainly have options. However, regardless of your pick with each bet, the probability of chaining wins becomes greatly smaller.

As you can see, the likelihood of chaining just two wins (24.3%) is more than twice as unlikely as just getting one loss (51.4%). There lies the core reason as to why the Reverse Martingale betting system doesn’t work. It’s inherently flawed to attempt to chance winning streaks.

Playing within your limits is the best strategy

Perhaps the biggest problem with any strategy, including the Reverse Martingale betting strategy, is that it forces you to commit – often beyond your means. The best betting strategy of them all is to set a hard limit of how much you’ll wager and keep your winnings to one side. That way, you can enjoy the games without unnecessary risk to your financial situation while also potentially taking away your winnings.

All of the games at Casino.com are proven to be completely random and fair in their outcomes by our regulators: the Gibraltar Gambling Commission and UK Gambling Commission. So, any strategy that tries to beat the chaos of randomness can’t be guaranteed to work. Probability wins all, and while lucky streaks do exist, expecting them or an infrequent result to occur, falls into the issue of Gambler’s Fallacy.

Every single round is fully randomised, so just because a red doesn’t win for four rounds, doesn’t mean that it’s more likely to land on the fifth. On each spin, there’s a slightly below 50:50 chance to get either red or black. However, you can apply probability to consecutive wins occurring, with the chance of a just-less-than a 50:50 result coming through, with it becoming increasingly unlikely.