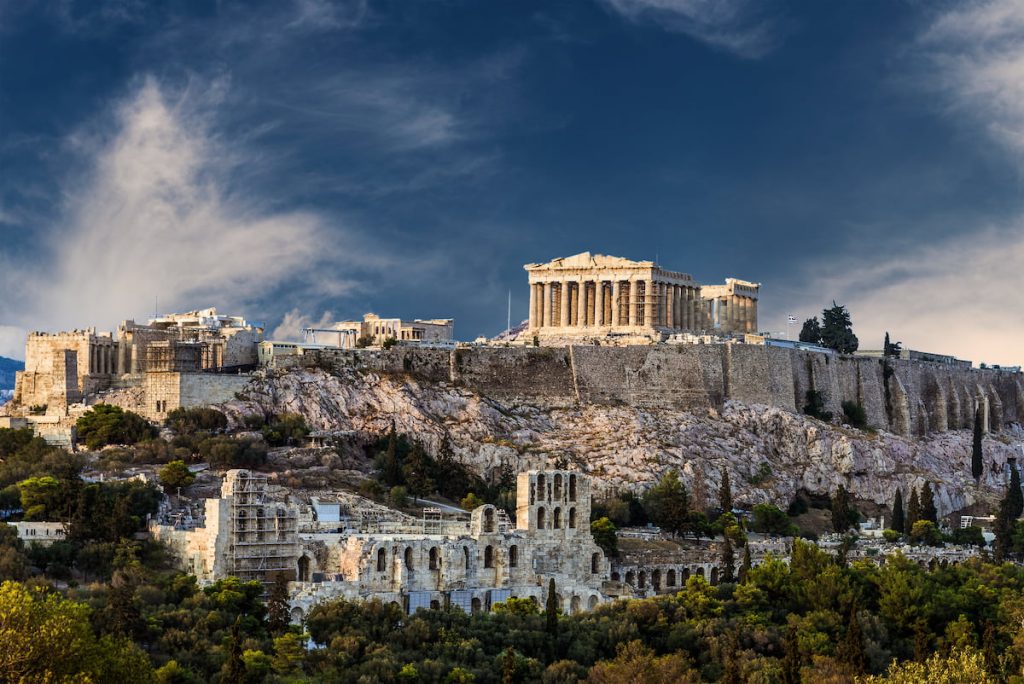 When it comes to examining the origins of gambling in society, it is tempting to look closely at the ancient civilizations in China and Egypt. However, should the lore of Ancient Greece be trusted, then the first ever dice game played was in fact by the Greek Gods! Legend has it that in order to divide up the universe, the three brothers Zeus, Poseidon, and Hades decided to let fate decide. They rolled the dice to determine which god would rule which domain.

The die was cast, and the gods’ roles were determined. Zeus would rule the heavens, Hades the underworld and Poseidon would take dominion over the seas. Later, the gods Hermes and Pan would also be depicted as being partial to a flutter in subsequent mythology.

Despite seemingly having favour with the gods, gambling pained Greek philosophers. These thoughtful thinkers were so concerned about gambling, that they would even go so far as to say that the pastime would in fact become a plague on society!

In their first form, dice were not used for gambling or gaming at all. Rather, they were used as magical instruments that the early civilizations used to make divinations about the future. The original dice is thought to have had markings on just four sides and were made from bones.

There are different schools of thought about the true origin of the dice that we are familiar with today. Sophocles reported that Palamedes, a hero of the Trojan War, invented dice during his downtime in around 1200BC. Alternatively, Herodotus claimed that they were in fact first established during the reign of King Atys some 800 years earlier.

As is often the case, archaeology and science have ended myth and supposition by delivering fact. Truth is that the story of the humble dice precedes both the Trojan War and King Atys by thousands of years. Excavation sites in Greece have uncovered dice believed to have come from the 7th century BC.

What Games did they Play?

One of the most mentioned games in Ancient Greece is one that we still use today to decide tie-breaks, the beginning of sporting events and who in the family will take out the garbage! Yes, Heads and Tails was one of the most popular games amongst our ground-breaking Grecian ancestors. Originally the game was actually played with seashells, before the invention of the coin made it easier to play and the game grew in popularity.

Another game that enjoyed great popularity, is the very same game that has lost many a schoolboy of his lunch money. Pitch and Toss was another simple game involving or using a coin. The gameplay is the same today as it was then. The players would throw their bronze coins as close to the wall as possible. Whoever’s coin was closest to the wall won all the coins!

Par Impar Ludere was another popular, yet simple game. One person would hold an undisclosed number of items in their hand, and another would guess whether the number of items was odd or even. The people watching the game would then take bets on the outcome of the game. In fact, the game was so popular that it travelled to another great civilization in Ancient Rome!