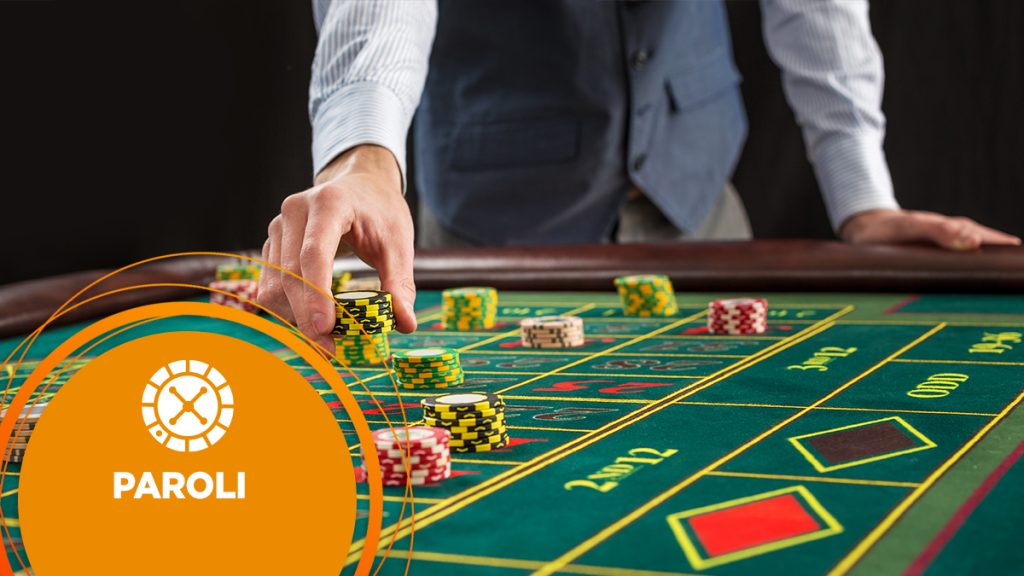 Of the many betting systems out there, lauded by expert gamblers, the Paroli betting system comes across as the most user-friendly, in theory. Billed as a ‘positive’ progression betting system, the Paroli side-steps the scarier Martingale procedures to appear as a lower-risk strategy.

Still, as is often the case with popular casino game betting systems, the Paroli has its pitfalls. It may rely on a smaller capped scale and be simple in its execution, but the Paroli betting system isn’t guaranteed to work. So, here’s why you should think twice about committing to the Paroli method.

What is the Paroli Betting System?

The Paroli betting system is a positive progression method of placing bets on evens-odds outcomes in casino gaming. Its method is simple: you bet at a flat rate until you win, and then you double the bet and double it again. After three successive wins, you stop betting and revert back to the flat rate bet to start again.

Having been around since the 16th century, the Paroli betting system is quite well-known among seasoned gamblers. Due to its simple method and attention to extending winning streaks rather than recuperating losses, it’s also become known as the ‘Anti-Martingale’ betting system.

Here’s an example of how a complete round of the Paroli betting system could run on evens-odds bets, such as on a game of baccarat:

As you can see, while the Paroli betting system doesn’t seek to recover from losses, it does rely on consecutive wins to do so. The accepted practice among those who use the system is to choose a flat base bet that doesn’t exceed 5% of the bankroll. This way, in theory, there’s ample chance to complete at least one full Paroli progression.

In Theory, When Does the Paroli Betting System Work?

The Paroli betting system works when you complete the full three-stage progression of the method more often than you lose. If you lose four times on a £5 flat bet, you’ll be £20 down. In the same session, if your other three consecutive bets result in wins, you’ll get £35 from those, putting you £15 up overall.

As with many methods, the Paroli betting system is best deployed on evens-odds options in games with smaller house edges, such as European roulette rather than American roulette. More than anything, though, the Paroli could prove to be a useful, limited risk payroll management method.

You don’t increase your base bet size, and you cap your winning streak progression after three successive wins. So, the Paroli betting system does limit your exposure if you adhere to its rules to the letter. That said, it is still being used on games with a house edge, and winning streaks still defy probability.

The Paroli betting system doesn’t work when an ideal run of three consecutive wins doesn’t occur. Even if the probability of a two-option bet, such as the three lowest options of outside bets in roulette, was 50-50, a streak of one win, one loss, would lose money.

For example, if you start with £5 and you win, you gain £5 in profit. If the next one loses, with the bet being doubled to £10 per the Paroli betting method, you end up going -£5. Another loss, win, loss run will see you hit -£15, let alone if another loss occurs on the way. Even starting with two consecutive wins followed by a loss will set you back to -£5.

This is just assuming that it’s being deployed on the evens-odds bets on the likes of roulette and baccarat. Against longer odds, the chance of chaining wins but repeating losses becomes greater.

The simple reason behind why the Paroli betting system doesn’t work is the fact that you’re always more likely to lose any given round of a casino game. Furthermore, the system itself mostly requires you to reach a three-win combination to succeed. It’s a method that only works in ideal situations.

As the Paroli betting system relies on three consecutive wins, the method can be broken down into sets of threes. From here, you have eight potential sequences of wins and losses, from three losses through to three wins. While progressions would continue on those that finish with a win, the majority of these put you down.

These are the only three-bet sequences in which you’ll come out on top or with a net par with the Paroli betting system:

Each of the other five put you down in terms of net winnings, and one of those above only breaks you even. The need to land three wins in a row means that the Paroli betting system doesn’t work. In terms of probability, even on the evens odds on roulette, you have:

The best way to play casino games online is to set a hard limit for your payroll and put all of your winnings to one side. The Paroli betting system is inherently flawed if you follow it for any reason other than a way to structure your round-to-round betting.

Still, the best way to bet is to place your chips in whatever way you will enjoy the game the most. If that means randomly putting chips across the inside bets of roulette or betting the same amount for each hand of baccarat, that’s your best way to play.

It’s clear to see that the Paroli betting system doesn’t work and that you need a probability-defying run of luck for it just to pay off once. So, stick to your own preferences and limits instead.