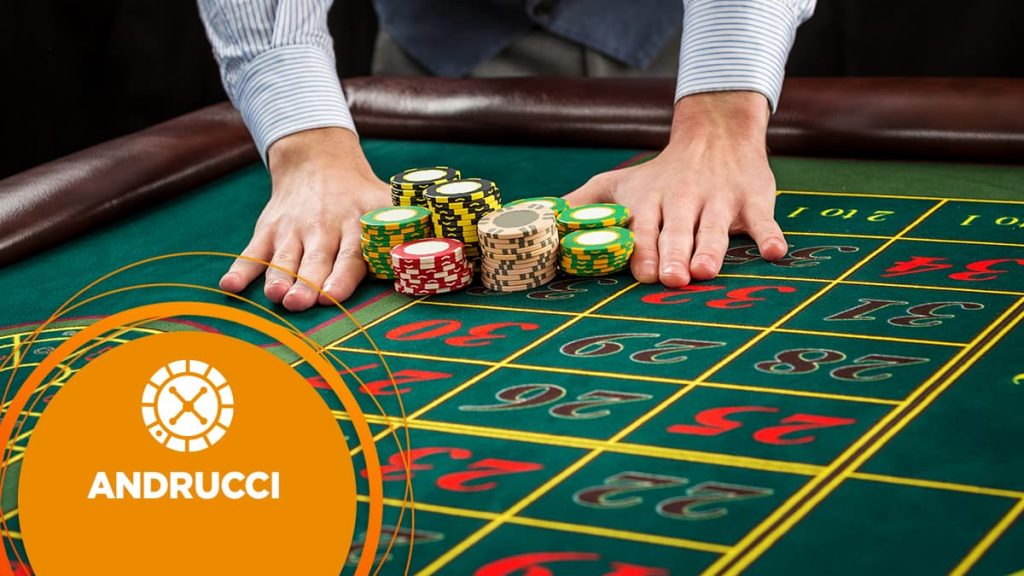 Roulette is one of the most popular casino games out there in both the digital and land-based casino worlds. It is a game synonymous with glamour, sophistication, and, of course, unpredictability. It is precisely this unpredictability that continues to draw people to the roulette table after so many centuries. There is little you can do to influence the odds of your success.

All you can do is place your bet, spin the wheel, and hope that it lands in your favour. Nonetheless, theories have abounded for decades on how one could influence the direction of the wheel, or at least predict where it lands with some degree of accuracy.

The beauty of roulette lies in its total and utter randomness, but proponents of roulette betting systems would have you believe otherwise. Here at Casino.com, we are not big fans of any theory that claims to have unlocked the “secret” to winning a game that is, by definition, completely random. One of the most pervasive (and ineffective) betting systems we have seen in recent years is the so-called Andrucci system, which takes some vague inspiration from Chaos Theory to attempt to predict the future. Here’s why the Andrucci system does not work, and why you should avoid it when playing roulette.

First, let’s break down the history of the Andrucci betting system. As one of the more niche roulette theories out there, its origins are somewhat murky and difficult to authenticate. Some believe that the name of the theory comes from professional Las Vegas roulette players from the 1970s known as Andrucci.

Others, meanwhile, believe that the name was picked completely out of thin air. The theory has become more prominent in recent years, although it is still nowhere near as popular or as well-known as more “mainstream” roulette betting systems such as Martingale or D’Alembert. All that is known for sure is that Andrucci derives its theoretical underpinnings from Chaos Theory, a scientific school of thought that posits that all things that are seemingly random and without reason actually have an underlying interconnectedness and that patterns can be observed if one looks for long enough.

So, how can somebody apply a system based on chaos theory to the game of roulette, or online roulette for that matter? The answer is fairly simple. As we know, roulette is a random game of chance. Every time you spin the wheel, you have an equal shot at landing on a single number, or a colour, or a line. If you bet on 15 black, your odds of landing it are 37 to 1.

If you bet on 15 black 100 times in a row, your odds of landing it each time continue to be 37 to 1, no matter how many times it does or does not come up. However, the Andrucci system seeks to uncover some kind of pattern or logic in the roulette wheel. According to Andrucci, you can see which numbers are most likely to land on the wheel if you watch the wheel for long enough.

To put the theory into practice, it is recommended that you watch the roulette wheel for 37 rounds (to account for each pocket on the wheel). After each spin, you record the number that the wheel lands on. After the rounds are complete, you then take note of which number or number has appeared most frequently.

Based on this information, you make your bets for the next 37 rounds, betting on those numbers that were most common in the observation rounds. The idea here is that, even though a roulette wheel is random, the appearance of one or several “hot” numbers suggests some kind of pattern in the randomness, or it shows that the particular wheel is more likely to land on a certain number.

You are therefore structuring your bets according to a pattern that has emerged in the “chaos” of the roulette wheel. That is the premise of the Andrucci betting system in roulette.

Why it Doesn’t Work

There are a number of reasons why there is no actual logic to the Andrucci system, even if it seems to make sense at first glance. For one, there are no patterns on the roulette wheel. For every single one of those 37 spins, the odds of it landing on any particular number remain the same: 37 to 1.

If the wheel does happen to land on, say, 15 black more times than any other number during the observation rounds, that has no bearing on what the wheel will land on in the subsequent rounds. This is because you cannot alter the odds or the physics of the roulette wheel.

This is even more apparent in online roulette, where the result of each spin is generated by random number generator (RNG) technology, which ensures true randomness in the full sense of the word.

Moreover, 37 spins is a very small sample size if you are trying to determine the outcome of a game like roulette. If you are trying to uncover some kind of bias in the wheel, you would need to spin it thousands of times to find any meaningful patterns. It is also a very high-risk betting system since you are forced to bet on a very specific outcome (i.e. a single number) in order to “prove” the efficacy of the theory. It is for these reasons why the Andrucci betting system simply does not work.

At Casino.com, we want all of our roulette players to get the most out of the game and enjoy it for what it is – a form of entertainment. False systems like Andrucci should not be taken as a serious means of winning or making money.

In roulette, as with all forms of gambling, you should only ever be wagering money you are comfortable with losing since gambling is a form of entertainment that you spend money on, rather than a way to make large amounts of money.

Systems like Andrucci could be a way to structure your bets if you are looking to spice things up. However, you should not listen to those who promise that Andrucci will produce guaranteed wins at the roulette table.  Remember, the best way to play casino games is responsibly. If you or a loved one is struggling with a gambling problem, now is the time to act. Head to our Safer Gambling page to learn more about the resources available to help you stop.