Howl at the Moon: The Best Wolf-Themed Slot Games 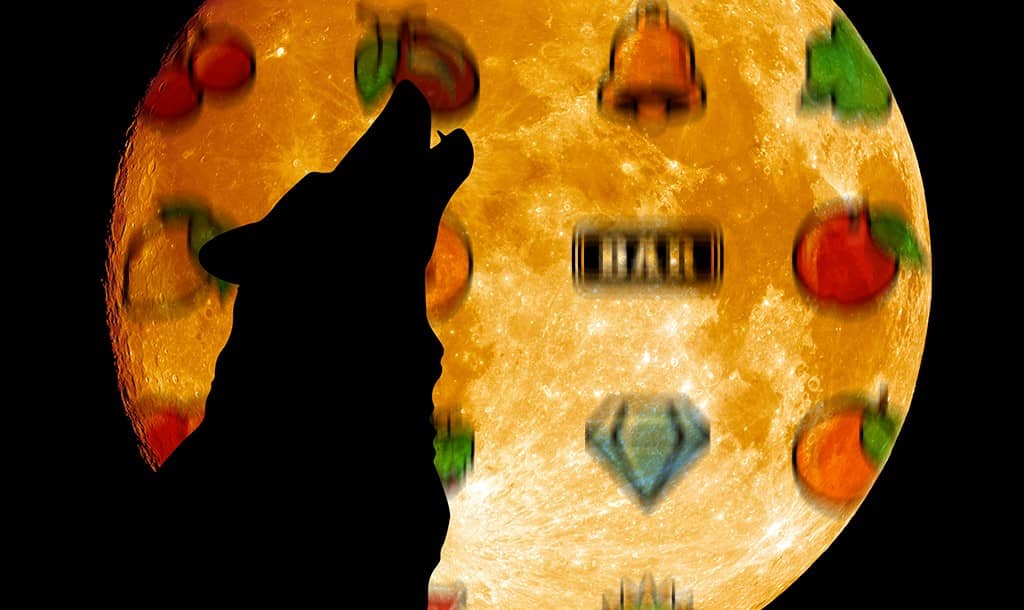 Wolves and slot games: the partnership that no-one could have predicted. Why is it that these incredible creatures, often at the heart of myth and folklore, and the genetic forefather of man’s best friend, are so popular with both slot machine developers and their players?

Wolf Run is one the most popular slots ever made; both in bricks and mortar casinos around the world and online. The game’s Native American theme has been a long-standing hit with slots players and there are dozens of spin-offs from the original game.

Creating original slot machine themes is something of an art. It’s almost impossible to second guess what players will respond to. For reasons we are about to explore, the wolf theme seems to resonate.

Today, at Casino.com, there are at least a dozen games inspired by wolves; wolves with vampires, big bad wolves, and wolves that only appear when the moon is full. One particular favourite with slot gamers is the evergreen classic Wolf Gold by Pragmatic Play, but there are many more examples to choose from.

The original IGT Wolf Run online slot is a five-reel game, with 40 winlines. It’s low on frills but is crisp and easy to play. Symbols on display include various wolves and totem poles. Also from IGT is Wolf Ridge. This 2018 online slot is a much more contemporary affair, with animated icons and howling wilds. It’s a pleasure to play.

Not surprisingly, other online casino developers have jumped on the lupine bandwagon. At Casino.com, you can find wolf-themed online slots from Playtech, Microgaming, NetEnt, Pragmatic Play, Quickspin, and Blueprint.

Call of the Wild

The historical relationship between man and wolf is complex. No one knows exactly how it started. Some theories say that wolves basically followed humans for food, picking up their scraps and

leftovers. Early humans and wolves also hunted for the same prey. Was it competition or cooperation?

Wolves have long been the subjects of mythology. In Roman times, revered as the guardians of Rome’s founders Romulus and Remus. For the Native Americans, a spiritual creature and much respected. Wolves can be trained but they can never be fully trusted; always wild at heart.

It’s this deep tradition – the boy who cried wolf, red riding hood, the wolf in sheep’s clothing, the tale of Romulus and Remus – that makes the wolf such a culturally important animal. Our domesticated dogs, a direct connection to the wild ancestor that has howled and lurked in the shadows, alongside us for 35,000 years.

Beautiful, mysterious, and dangerous, wolves and humans have evolved together. This iconic species is used to sell beer, clothing, football clubs, gin, oil, aftershave, cocoa, and more. It was always going to be a great option for an online slot and so it has been proved. If you want to run with the pack, and take a wolf-themed online slot for a spin, just head for the lobby at Casino.com and find your favourite game. Have fun and enjoy the action.