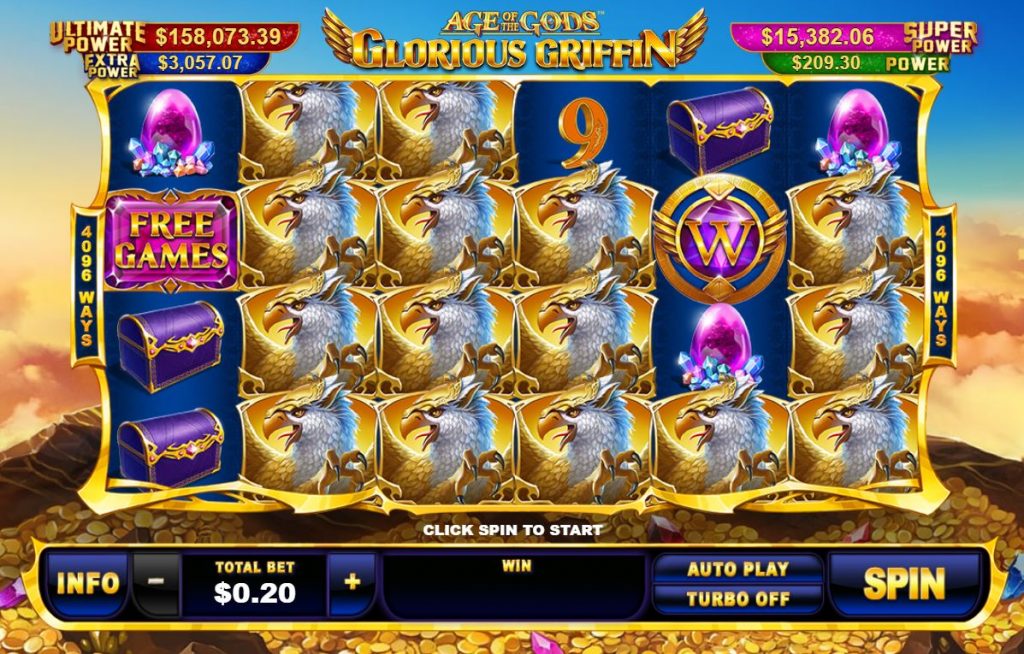 Playtech is an online casino pioneer with a track record spanning almost a quarter of a century. Founded in 1999, the company is behind the development of some of the world’s most popular slot games.

Today, it is the world’s largest B2B online casino content supplier, with more than 6,400 staff in 24 countries across the globe, and headquarters on the Isle of Man.

Innovative, strident, ambitious, and extremely good at what they do, here are ten reasons why you should take a Playtech online slot for a spin today:

1. Kingdom’s Rise: Guardians of the Abyss

Guardians of the Abyss is a new progressive online slot and part of the fledgling Kingdom’s Rise franchise. Following in the sandal-steps of the hugely popular Age of the Gods franchise, the Kingdom’s Rise slots all share a progressive jackpot pool and a common theme: fantasy.

If you’re a fan of MMORPG games, this five reel, 25 payline, game will definitely float your fantasy boat. Beautifully realised, with an immersive soundtrack, it’s an online slot that oozes class and serves up the goods with a generous RTP and a hefty quartet of progressive jackpots. Summon your inner Frodo and give it a spin.

2. Age of the Gods Franchise

The original Age of the Gods online slot was created in 2016, more than five years ago. With its mythological roots, Playtech has exploited the pantheon of Greek, Roman, and Norse deities with a portfolio of 24 games and counting.

All the online slots pay into a pool of four progressive jackpots. The popularity of the franchise ensures the jackpots refill quickly. Every Age of the Gods slot is different; paylines, features, bonus rounds, rewards. Playtech’s most successful brand is truly divine. Say your prayers and give it a spin.

Jungle Giants is a perfect example of what makes Playtech such a great online slot developer. The 50 payline game is five reels of beautifully executed software design; it’s fun to play, engaging, and thematically on point, with atmospheric music, pulsating jungle drums, and great visuals.

Elephants, apes, rhinos, hippos, and water buffalo are the stars of the slot, coming in both regular size and giant 3 x 3 icons. You can win eight free games, if you are lucky enough to land the Giant Free Games symbol on reels 2, 3, and 4. This is big game hunting at its finest.

Buffalo Blitz is yet another online slot that has an authentic old school Las Vegas vibe about it. The theme takes us to the plains between the Appalachian and the Rocky Mountains, featuring golden buffalo, racoons, cougars, and elk.

The game has six reels, wilds, and scatters, with the chance to win up to 100 free games. Matching two or more icons creates 4096 possible ways to win with every spin. Buffalo Blitz is a no frills, unfussy, uncomplicated game that delivers a satisfying spin.

Gem Heat is one of the newer releases from Playtech in our top ten. Despite this, it comes with the most retro styling of them all, drawing on vintage fruit machine iconography. The Bar icon features alongside 7s, horseshoes, wild diamonds, dollars, and gold.

Although the slot may look old school, its game play is cutting edge, with two enhanced Hi Roller play modes that add extra wilds to every spin at a cost. The game icons also come in various sizes, making the possibility of a winning combination more enticing. Old school action updated with a Playtech twist.

If you’re expecting an online slot with claws, fur, and a disregard for humanity, you’re in for a shock. Cat Queen is a game dedicated to that most popular of online slot tropes: ancient Egypt. Scarab beetles, the Eye of Horus, ankhs, and Anubis are just a few of the pharaonic favourites in play.

Cat Queen has an old school vibe, with 40 paylines and retro styling. It’s the kind of game you would expect to see spinning in a busy Las Vegas casino. The eponymous Cat Queen is the star of the show; line her up to win 1,000x your stake. Three scatters nets you the 15 game bonus round. This game’s foundations are like those of the pyramids: rock solid.

Are you not entertained? Is the cliché every reviewer of this game will ultimately fall foul of, but… clearly, you are entertained because this five reel, 25 payline, five-year-old online slot is still one of the most popular games at Casino.com.

Based on Ridley Scott’s epic blockbuster, Road to Rome features cut scenes, animations, and audio from the film. It also has a progressive jackpot that you have to fight for. Stacked wilds, scatters, free spins, and assorted Colosseum games all bring value and excitement to this classic online slot from Playtech.

King Kong has been the inspiration for countless movies over the years, and Playtech’s engrossing video slot game was inspired by the 2005 film by Peter Jackson. Released in 2011, this online slot is as playable as ever over a decade after first appearing in casinos.

In recent years, Playtech has expanded its portfolio by acquisition, buying businesses and the talent within. Pride of Persia: Empire Treasures was developed by Origins and Playtech. Now combined as Playtech Origins. It is definitely a combination that brings a new flavour to the brand.

The slot has five reels, 100 paylines, and a decidedly Babylonian bent, with symbols from ancient Persia. There is also a free games bonus round with freezing wilds, as well as a golden coin’s bonus where there are four progressive jackpots to play for. Open Sesame.

As every horse racing fan will know, Frankie Dettori is one of the most successful and well-known jockeys to have ever saddled up a mount. You don’t have to know your horses to enjoy Playtech’s Magic Seven slot, however, as this one appeals to slot players across the board.

This sporty slot is played on a 5×3 grid with 25 paylines, and features both a free spins round and a Magic Seven Bonus game where you take to the track to pick your prizes. There is also a progressive jackpot game on offer, which can be triggered by every single spin of the reels.

At Casino.com you will find a large range of Playtech games available to play right now.