Top 10 Books about Casinos and Gambling 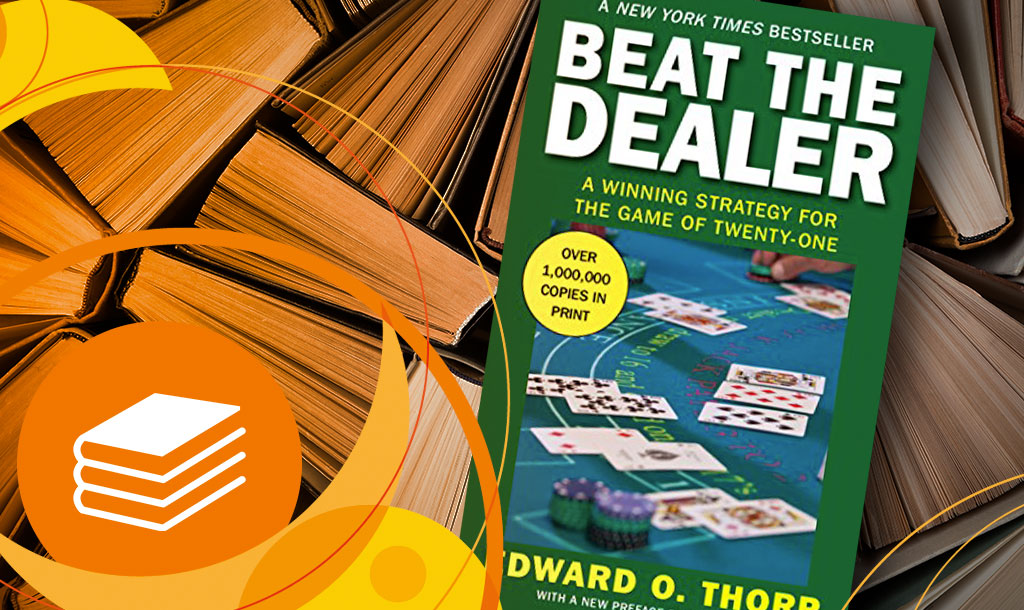 Gambling is – by its very nature – the perfect subject for a great story. You take a risk. You anticipate a reward. The bigger the gamble, the greater the payoff. Bet it all. Lose it all. Win it all. Fundamentally, everything in life is a gamble: the relationship, the job, the family. Simply existing, from day to day, is little more than a series of calculated decisions and risks.

So, it comes as no surprise that authors have put gambling at the centre of many a book; both fact and fiction. We’ve scoured the Internet, and consulted the bookworms, to bring you our top ten list of the most loved books that tell the tale of the tables, put the action in the ante, and bring home the betting bacon.

Written in 1971, Fear and Loathing is Thompson’s hazy, brilliant, tale of a drug-fuelled search for the American dream in the heart of Las Vegas. Insane, incredible, laugh-out-loud-funny, and utterly original, the book introduced the world to gonzo journalism where Thompson is both the author and the protagonist. In brief: the book is all about the end of the 1960s hippy dream, with trashed hotel rooms, drug excess, and the quest for meaning at the blackjack tables of Las Vegas. Darkly brilliant.

Believe it or not, James Bond started his career as a spy in print. Ian Fleming’s Casino Royale was first published in 1953. There have been 24 Bond movies to date and a casino has featured in many of them. In Casino Royale, James Bond has to play and bankrupt SMERSH villain La Chiffre playing Baccarat. In the 2006 movie, the game is Texas Hold’em and the outcome more probable. Baccarat is just a game of chance but – when it comes to luck – who would go up against 007?

#3. Bringing Down the House – Ben Mezrich

Mezrich’s 2003 tale of MIT students card counting their way to a Blackjack fortune was a best-seller that made everyone think they could beat the system. The book is based on a true story but there is a lot of controversy about what’s fact and what’s fiction. Despite this, the book has been adapted into two movies: 21 and The Last Casino. Now… is that deck hot or cold?

Dostoevsky’s The Gambler is a cautionary tale of addiction and loss at the Roulette table. Widely regarded as one of the greats of 19th century Russian literature, Dostoevsky was himself a gambler and owed his publisher a lot of money. He bet him the publishing rights of all of his past and future works, against money owed, that he could write a book within 30 days. The result was The Gambler – a fascinating insight into mid-19th century casinos and their patrons.

Elmore Leonard was famously described by the New Musical Express as “the poet laureate of wild assholes with revolvers”. It was an epithet he loved. Gritty, realistic, and packed with punchy dialogue, Leonard is a writer with style and flair. In Tishomingo Blues, the action is set in a Mississippi casino replete with gangsters, gamblers, and luscious belles. The book is Leonard’s 37th and it was written when he was 77. Absolute quality.

It comes as no surprise to see Pileggi’s true-life tale of Las Vegas mafia Frank ‘Left’ Rosenthal and Tony Spilotro in this list. The Martin Scorsese film Casino, starring Robert De Niro and Joe Pesci, is one of the great gambling films of all time. This is the book that inspired it all. It tells how the Mob basically looted their own casinos in the 1970s and early 1980s. A brutal and fascinating insight into the world of Las Vegas and the Mafia.

Another one for Blackjack lovers. Written by mathematics professor Edward Thorp, Beat The Dealer is basically a guide to card counting. First published in 1962, it outlines the first card counting system and remains relevant today – for those of you blessed with the memory of an elephant. This is the grey area in the casino between science and chance.

#8. Roll The Bones: The History of Gambling – David Schwartz

First published in 2006, David Schwartz’s comprehensive history of gambling starts with prehistoric man rolling knucklebones and ends in modern day Las Vegas. On its journey, it includes biblical references to casting of lots, betting in Ancient Rome and Greece, the evolution of playing cards in Medieval China, the birth of the casino in Venice, and the spread of gambling on the back of the British Empire. If you are interested in the roots of Roulette and more, this is the perfect choice.

#9. The Man Who Broke the Bank at Monte Carlo – Robin Quinn

The most recent book in our top ten is The Man Who Broke the Bank at Monte Carlo. It tells the true story of Charles Deville Wells, aka ‘Monte Carlo Wells’, who basically broke the bank – ten times, playing Roulette, in Monte Carlo’s world famous casino. Did he really invent an infallible system? Was he just a fraudster? He certainly ended up becoming Europe’s most wanted man with 36 aliases. It’s a well-researched book and a fascinating read.

Easy to read. Easy to understand. Packed with genuinely useful information. The Dummies guide to the casino includes guides to all the most popular games, as well as the coolest places to gamble, how to score comps, and the most common gambling mistakes. Many of them delivered in top ten list style (rather like this!). It’s a great guide and essential reading for newbies.