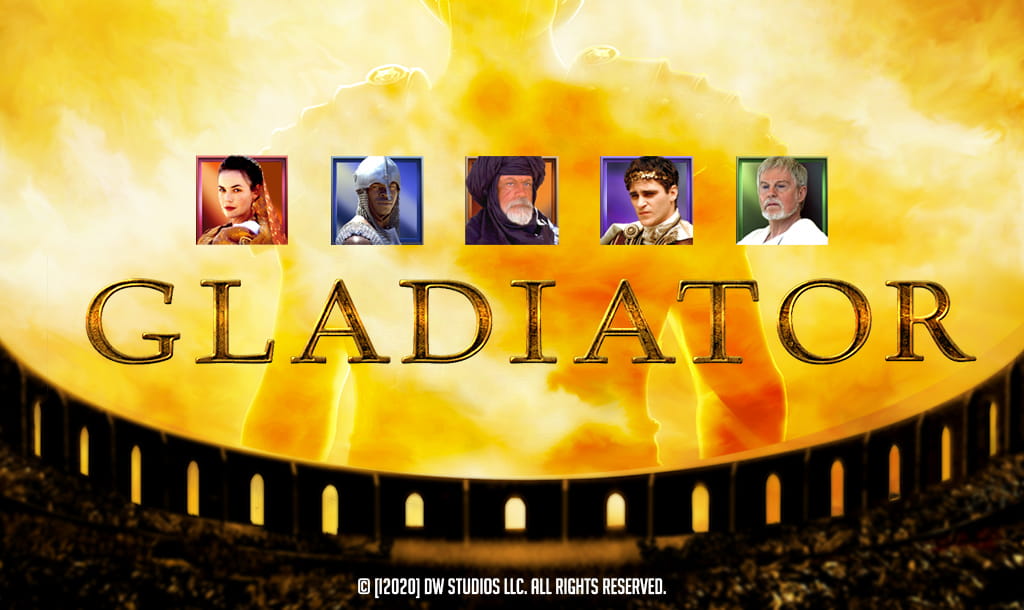 Are you not entertained? Twenty years ago, film director Ridley Scott introduced the world to Maximus Decimus Meridius; a gladiator with an axe to grind – literally. Gladiator was a sensation; launching the career of Russell Crowe, as well as rekindling the public’s morbid fascination with Ancient Rome’s #1 weekend spectator sport.

But what is it about this bloodthirsty form of entertainment that continues to hold such a grip on the public imagination? Gladiator was released in the year 2000 but sword and sandals epics have been around for much longer.

In 1959, Charlton Heston set the Coliseum alight when he took the leading role in Ben Hur. The film won 11 Academy Awards – a feat matched only by Titanic and Lord of the Rings. Ben Hur also had the largest sets ever built for a film, as well as a record-breaking budget of $15.2 million: a breath-taking amount of money for a movie in 1959.

One year later and Kubrick’s slave-to-gladiator masterpiece Spartacus hit the world’s cinema screens; making a star of Kirk Douglas and gifting the world with the immortal line: “No, I’m Spartacus”. The swords and sandals genre, with films like Hercules, Quo Vadis, and Cleopatra, endured throughout the 1960s but faded away in the 1970s.

Today, you can find slots dedicated to Spartacus, Hercules, and Cleopatra. Ben Hur seems to have escaped the modern online slot developers’ eyes but its actually the name of one of the oldest mechanical slot machines in the world.

Produced by the Caille Bros. in 1908, the Ben Hur was a mechanical, upright, one-wheeler. Designed to sit on the countertop of a bar. It was only 21 inches high; making it easy for bar owners to quickly hide it away under the counter. More than 110 years ago, slots were getting a gladiatorial makeover!

At the time of writing, there are at least ten different online slots at Casino.com taking their inspiration from the age of the Gladiators. These include, Nero’s Fortune, Augustus, Roman Power Rome and Glory, and Wild Gladiators. If you throw in a little bit of Greek and Roman mythology, the number increases dramatically – thanks mainly to the Age of Gods franchise.

In recent years, the age of the gladiators has enjoyed a revival. Ridley Scott’s blockbuster led the way. It was soon followed by Troy, Alexander, the Eagle, Centurion, 300, and the bloodthirsty hit HBO television series Rome.

The two games directly franchised from the 2000 are Gladiator Jackpot and Gladiator: Road to Rome. Both games are the work of online casino game developers Playtech.

Gladiator Jackpot is a slick but basic game, packed with animated imagery and stills from the film. There are 25 winlines to play for and five reels to spin. Line bets can start from as little as penny, up to a maximum of £1. You can choose to play one penny on a single line, or go deep and spend £1 on 25 lines. That’s £25 a spin!

The wild symbol is a gladiator’s helmet. Three of these starts the Gladiator Jackpot Bonus. The game will randomly pick nine helmets. If they are all gold, you have just won the progressive jackpot. Hit three Coliseum scatter symbols and you start the Coliseum Bonus: a combination of free spins, multipliers, and extra scatter symbols.

Gladiator: Road to Rome follows the format of its predecessor. It is a five-reel progressive jackpot online slot with 25 winlines and a scabbard full of extra goodies. The slot features stills from the movie, including Joaquin Phoenix as the evil emperor Commodus, and Oliver Reed as gladiator team leader Antonius Proximo.

Land the scatter symbol three times anywhere and you trigger the Coliseum Free Games. Three helmets activate the Gladiator Bonus where you have a chance to win the progressive jackpot. Just hit nine gold helmets and it’s all yours.

When it comes to extreme sports, nothing matches a fight to the death on a Saturday afternoon. That local Championship derby might be a sporting highlight but it’s unlikely to have as much drama as a stadium full of well-oiled Romans hacking each other to bits.

Culturally, ancient Rome is decadent, brutal, political, and violent. It’s an empire that fell and it’s the fodder for a million imaginations. From movies to online slots, the legacy of the Coliseum lives on – unlike most of its participants! As they used to say, before going to the office: “I will endure to be burned, to be bound, to be beaten, and to be killed by the sword.”