Software Providers that Broke the Ground 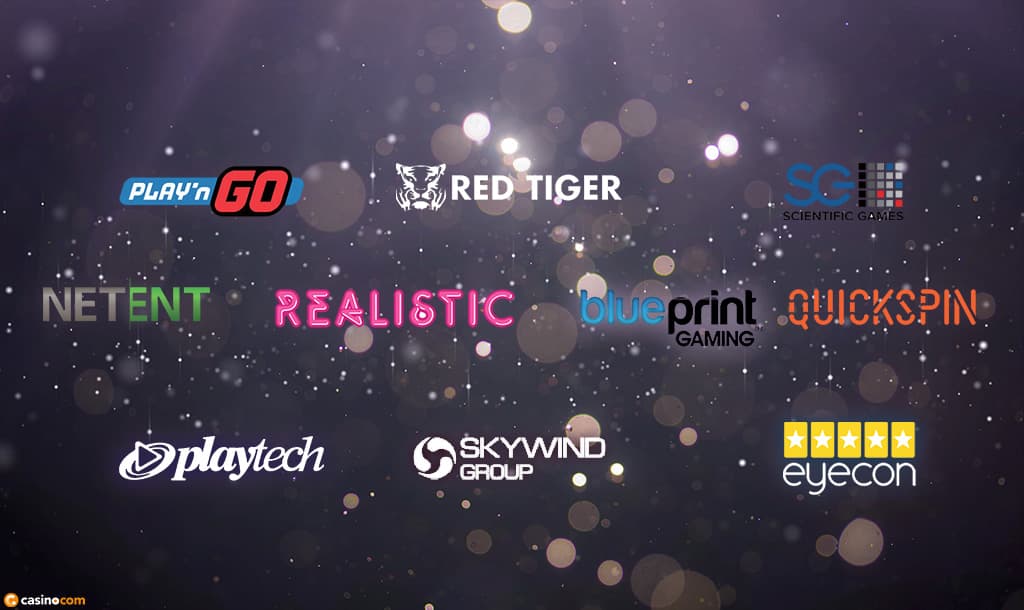 The technology boom of the 1990s saw the Apples first ‘laptop’ – the Macintosh Portable (1989), a year later the birth of the internet with the World Wide Web, the first ever text message was sent and the release of the iconic Nintendo 64 in 1992, DVDs in 1997 and both Amazon and Google were founded (1994, 1998). A time where it seemed anything was possible.

The point is, the 90s gave entrepreneurs like Israeli, Teddy Sagi – founder of Playtech – every confidence to go on and do exceptional things. Building his team in Estonia in 1999, Sagi’s slow and steady wins the race mentality meant it wasn’t until 2001, when the industry had already made some noise, that he launched Playtech’s casino platform.

Since then, it has grown to become the world’s leading and largest international designer, developer and licensor of software. Producing up to 600 high quality casino games with a new release nearly every week! Their incredible range of casino slots puts them at the top of the pile. Today they are involved in every aspect of gaming. Play some of their most popular games such as Superman II, Green Lantern, Man of Steel and Ace Ventura, and of course their super famous Age of the Gods series here at Casino.com.

Microgaming is understood to have developed the first ever online gaming software, way back in 1994. This fact is debated, however, being big player in the business for over two decades now, has to warrant a degree of credibility.
Nevertheless, a first we can confirm is that of Cash Splash as the first game to have a progressive jackpot giving Microgaming a VIP pass to the penthouse suite at the time. Pioneers of the industry throughout their existence; even in recent years winning the Digital Gaming Innovation award in 2015 for their work in virtual reality gaming.
Offering gaming software is at the heart of what Microgaming do with over 800 games and 1,200 game variations. Play a Microgaming hit in Thunderstruck II or their Lucky Leprechaun slot with St. Patrick’s Day just around the corner!

Another established name in the industry is Net Entertainment (NetEnt) with over 1,000 employees based in Stockholm. They reported a 28.5% sales growth in 2016 and serve a growing figure of 170 casinos, providing top quality software, hence why they’re in such high demand.

Starting out in 1996 with a current small portfolio (in comparison to the previous examples) of over 220 games in their library it makes sense that NetEnt focus on providing premium quality graphics and audio in their games – many of which are ripped off by smaller software providers.
Making a name for themselves with their Live Dealer game selection, Live Mobile Casino and being the first game developer to launch virtual reality software. With high quality and player-friendly slots NetEnt aren’t going anywhere. Pay some of their classics such as: Gonzo’s Quest, Guns N’ Roses, Planet of the Apes and EggOMatic. Or possibly the most successful online slot game ever, Starburst.

These powerhouses of the 90s paved the way for the likes of Pragmatic Play, Skywind and Red Tiger all founded within the last 10 years and all heavily involved in the iGaming industry. It’s now easier than ever to launch a gaming software business with less barriers to entry.
Head to Casino.com and have a look at what the modern players are doing with games like Thor’s Lightning, Wolf Gold and Amazon Lady.