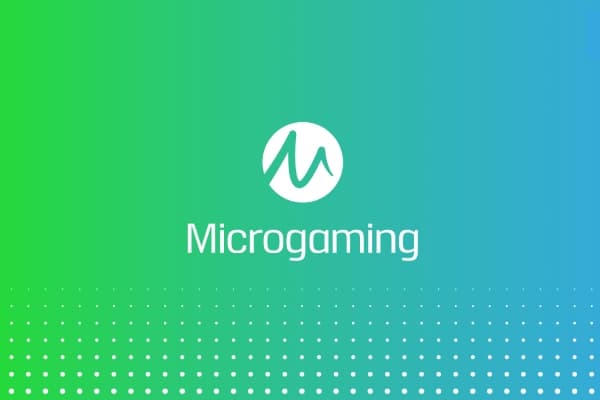 MTV founder Tom Freston once said: ‘innovation is taking two things that exist and putting them together in a new way’. For Freston, it was music and television. For Martin Moshal, it was the internet and the casino.

Moshal is the man credited with creating the world’s first online casino software. In 1994, the WorldWideWeb stepped out of the shadows of development and the real Internet revolution began.

South African born Moshal had just graduated from the University of Durban, armed with both ambition and a degree in information systems, finance, accounts, business administration and economics; a role call of the qualities needed to run an online casino.

Merging Casino and the Internet

In fact, what Moshal wanted to do was form his own software company, creating unique casino games for the new internet platform. To get the business started, Moshal needed a loan and approached South African bank Discover Bank Limited where he met kindred spirit Roger Raatgever, working as a loans and business advisor.

The loan was declined, due to Moshal’s non-existent credit rating. However, Raatgever sensed something special about both the idea and its protagonist. He offered to underwrite the loan for a fifty per cent share of the business. Moshal agreed and Microgaming was born, from a small flat in Durban.

Raatgever confesses to being an adrenalin junkie. In a 2006 interview, he said: “It happened out of the blue. I was in the rat race working in merchant banking and thought it was an exciting opportunity. I had very little knowledge about [the sector] but for me it had all the elements of excitement. I’m an adrenaline junkie. I want to seize every day and suck the marrow out of it.”

Microgaming on the Rise

In 1998, after four years in development, Microgaming launched the world’s first progressive online slot: Cash Splash. The game was a hit. The idea of an online progressive jackpot, that would accumulate quickly, was revolutionary. It persuaded many of the big operators to choose Microgaming as their online casino software supplier.

Microgaming hit a lucky run. Martin Moshal was dubbed ‘CyberSol’, after the Sun City entrepreneur Sol Kerzner, and locked in scores of patents for the technology behind the games, including jackpot wagering systems, virtual slot machine games, and certain bonus promotions.

In 2001, Microgaming set up shop on the Isle of Man. By the mid-2000s, it was the dominant force in online casino software development and supply, with more than a third of all online operators using the company’s games.

Today, the Microgaming portfolio is unparalleled. There are more than 850 unique casino games and 1200 variants, alongside a network of progressive jackpot games, including Mega Moolah, WowPot, and Major Millions.

Anyone who has ever played at an online casino will be familiar with online slots like Big Bad Wolf, Break Da Bank, Thunderstruck and – of course – the evergreen, hall of famer, Cash Splash. Still spinning today.

The licensing department has secured deals with household brands like Playboy, Jurassic Park, and Game of Thrones. The business employs nearly 200 people and is located in a five-storey, modern building. In May 2021, Microgaming celebrated 20 years on the island.

Although Moshal is widely regarded as ‘one of the most influential figures in online gaming’, he is notoriously media shy. Microgaming remains a privately owned business and keeps its cards close to its chest. There is no mention of its founder anywhere on its website.

In 2020, Moshal was revealed as one of the investors in online bookmaker Betway. The Malta-based business was fined £11.6 million by the Gambling Commission for failing to prevent money laundering. Although avoiding the limelight and scandal-averse, Moshal is still an important – and historical – figure in the industry.

Today billionaire Martin Moshal focuses his energy into both the Moshal Scholarship Program and his venture capital firm Entrée Capital. (We use the term ‘billionaire’ based on earnings of companies he has been involved with, but it is difficult to find definitive evidence of Moshal’s net worth). The scholarship program was established in 2009 to help address inequalities in the South African education system and support determined students.

Entrée Capital has invested more than $1 billion into 130 start-ups worldwide that now have a combined value of more than $335 billion. Moshal is man committed to the principal of ‘paying it forward’. He’s true to the principal. While Martin does not appear on Forbes himself, his Entrée Capital co-founder Avi Eyal recently made it onto Forbes’ 2022 Midas List of Top Tech Investors.

Moshal is one of the most important figures in the history of online gaming. Yet, if you were sat next to him on the bus, you probably wouldn’t even know it. He gambled and won.