300 Years of Spin: A Brief History of Roulette

Blog > 300 Years of Spin: A Brief History of Roulette 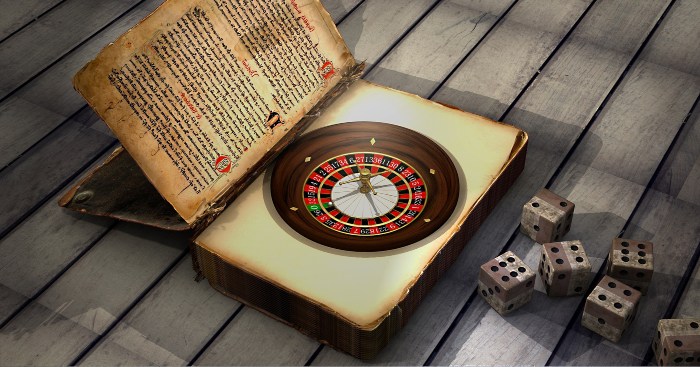 In 2020, the game of Roulette will celebrate its 300th birthday. Iconic, exciting, and often the centrepiece of the casino, Roulette is the definitive casino table game; a mechanical wheel, a bouncing ball, a range of betting options. The wheel spins, a hush descends, your number hits, the room explodes.

Roulette encapsulates the casino gaming experience. There is a range of varied betting options. You can play it safe and just bet odds, evens, and colours; or you can live dangerously and play a single number. You have the excitement of the spinning wheel and the thrill as the ball clatters its way to its final destination. Finally, you can see the house edge. The green zero is one of the clearest representations of how a casino makes its money. When the zero lands, the house wins.

One Roulette to Rule Them All

Culturally, Roulette is strictly A-list. Katy Perry, Rihanna, System of a Down, and Bruce Springsteen have written songs about it and the game has featured in several films, including: Diamonds Are Forever, Dirty Rotten Scoundrels, Indecent Proposal and – most famously – Casablanca.

After three centuries of watching the ball bounce its way to heartbreak and fortune, we are clearing the chips off the table and turning the clock back. Here comes a brief history of Roulette – no more bets, please…

Without the laws of thermodynamics, the game of Roulette probably wouldn’t exist. The original Roulette wheel evolved from the challenge to build a perpetual motion machine; a device that completely eliminates friction and will maintain motion forever. Although an impossibility, it’s a challenge that has long captured the imagination of inventors.

One such inventor was the Frenchman Blaise Pascal. Born in 1623, Pascal was a child prodigy, inventor, mathematician, and engineer. He built his first mechanical calculating machines when he was still a teenager. In later life, Pascal decided to take on the perpetual motion challenge. In 1655, he created a Roulette machine. The name derived from the French for ‘little wheel’.

Perpetual motion – the scientific challenge that led to roulette

By the early 18th century, there were several iterations of mechanical – wheel-based – betting games to be found around Europe. In London, a game called roly poly had a vertical wheel with black and white slots. Players could bet either colour. In Italy, the early roulette betting format was taking shape with the game biribi; here players could bet columns, singles, and adjacent numbers.

Other games included ace of hearts, EO (even odd), and hoca. Roly poly or roulet was finally exported to Paris where it became known as Roulette. It was first mentioned in 1788 and was still only a 50/50 betting game.

By 1796, Roulette had metamorphosed into the game we know today. We know this thanks to the French writer Jacques Lablee who wrote a book called ‘Roulette or the history of a player’. The book is a collection of letters from the gambler to his wife and perfectly describes all the basic Roulette bets, including red, black, even, odd, passé (top numbers), and manqué (low numbers)

By 1843, Roulette was enjoyed across both Europe and the US rapidly becoming one of the most popular casino games. In Bad Homburg, French brothers Francois and Louis Blanc introduced the green single zero. The standard was both a black and red zero. The single zero gave the house a smaller edge.

In the United States, double zero Roulette remained dominant. Even today, casino players – both online and offline – can choose to play American Roulette, knowing that their chances of winning are marginally less than if they played the European games. That’s the price of patriotism.

Today, roulette remains as popular as ever. Always at the heart of a casino, the game takes seconds to understand, the mechanics are simple, the odds are easy to grasp, and the bouncing ball adds real excitement to the action. From a simple science experiment to every casino on the planet – both real and online, Roulette is the wheel that keeps on spinning.