Macau: The New Gambling Capital of the World 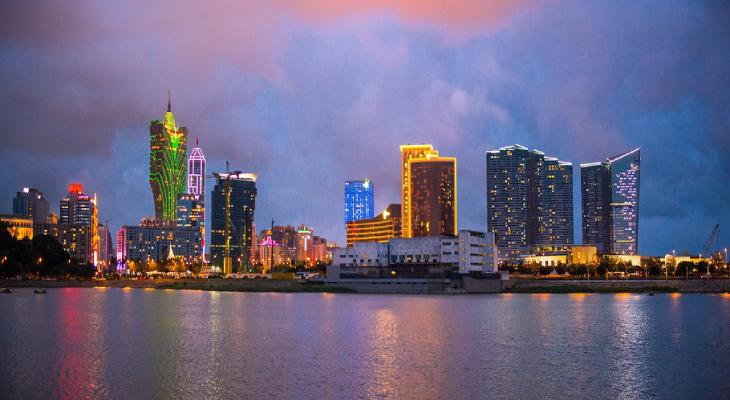 The King is dead… Long live the King. Once upon a time Las Vegas ruled the roulette, beat everyone at blackjack, and scared the craps out of anyone who would claim its crown as King of the casinos.

And then along came Macau… The tiny former Portuguese colony now dominates Las Vegas, with nearly ten times its annual turnover. Why has this Chinese territory, with a population of just 600,000, become the epicenter of the gambling world? Here are 5 reasons:

Located just across the Pearl River estuary from Hong Kong, on the southern edge of China, and enclosed by the Philippines, Thailand, Vietnam and Indonesia, Macau is a five hour flight away from more than 3 billion people.

Gambling was first legalised in Macau in 1850, as a means to generate revenue for the government. These days, the resorts are getting bigger, to cope with the new casino-loving Chinese middle-class. Macau got massive because the demand is there.

Even the world’s biggest brands would think twice about employing three Hollywood A-listers for a fee of $70 million. For the new $2.3 billion Studio City Casino complex, it’s just a small marketing cost.

Martin Scorsese directed De Niro, DiCaprio, and Pitt in the 15 minute film called ‘The Audition’. It’s the first time all three actors have worked together with Scorsese. The commercial is due for launch in mid 2015. Early online leaks have been deleted.

Grab those waterproof pants and get ready to lose your lunch. The AJ Hackett Macau Tower bungee jump allows the brave and foolish to hurl themselves from a tower 233m off the ground.

Of course, if you’ve blown it all at the tables, you can always opt for a bungee-less bungee. Most punters, however, stay firmly attached to the bungee (if not their lunch).

Created by auteur Franco Dragone, for the City of Dreams Casino, the House of Dancing Water is an all-singing, all-dancing, all-splashing, all-flying, all-everything spectacular with bells, whistles, and thrills-a-plenty. Your jaw will drop.

The 90 minute water-based epic has been witnessed by more than 2 million people and features more than 80 performers, including motorcyclists, gymnasts, scuba divers, and dancers. It’s widely considered one of the most technically brilliant live shows on the planet.

1. The Biggest and Best

Stuck for a game? Can’t decide whether to rock up to the roulette or battle it out at blackjack? The Venetian Macau has more than half a million square feet of gaming space, packed with games from every corner of the planet. This is gambling of epic proportions.

The 24-hour casino is part of a much larger hotel complex (10,000,000sqft). The building is the seventh largest in the world and the biggest in Asia. You wont struggle to find a seat at a table here.