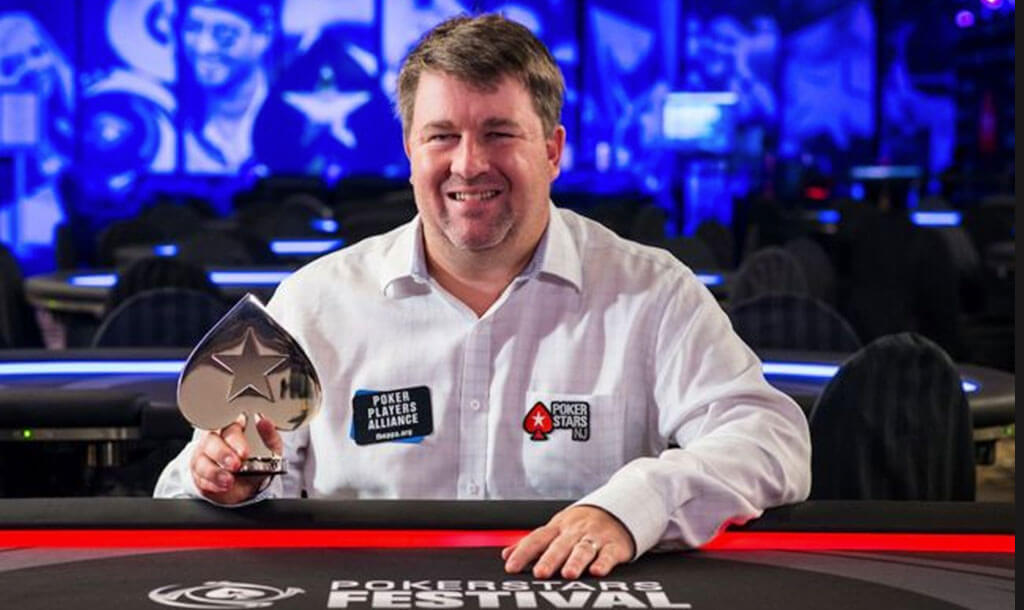 First things first: Moneymaker is his real name. Christopher Bryan Moneymaker was born in Atlanta, Georgia, on November 21, 1975. He is the man who rocked the Poker world; the player who went from online wannabe, to World Series of Poker Main Event winner.

Moneymaker’s incredible story is often cited as the reason why Online Poker boomed in the early years of the 21st century. The term ‘Moneymaker effect’ even has its own Wikipedia entry. It is described as “the name of the sudden growth in interest in Poker after the 2003 World Series of Poker”.

Nearly 20 years after Moneymaker’s audacious victory stunned the world of professional Poker, the online game continues to prosper. The year of the lockdown has seen online casinos, sportsbooks, and Poker rooms all enjoy an uptick in business, despite an essential increase in regulation and compliance. Join us now, as we turn back the clock to 2003, and the arrival of an unknown 27-year-old accountant from Tennessee, who would go on to become the poster boy for Texas Holdem; the inspiration for an Online Poker generation.

In the fight for market share, Online Poker companies would offer all kinds of incentives to potential players. Anything from a simple deposit bonus to free entry into a real money or satellite tournament. In these tournaments, there would be different entry points: you could play free from the very start or pay to buy-in at a later stage. The WSOP gave Online Poker rooms the chance to sell the dream. Just by opening an account, you could automatically win a seat in a satellite tournament. Then you would have the chance to win a $10,000 WSOP Main Event seat and take a punt at that multimillion-dollar prize pool. In marketing terms: sign up today and you could win millions.

By his own admission, Moneymaker loved checking out the action at his nearest casino. He enjoyed the atmosphere. He would play Blackjack and bet the sportsbook. He didn’t have much luck until he finally found the Poker room. With his skill at the game, he could enjoy a weekend away at the casino and come back with money in his pocket and some great memories.

Online, Moneymaker was registered with PokerStars. One weekend, in 2003, he took a punt at an $86 WSOP satellite. He kept winning. The top three winners would earn a seat at the WSOP. Moneymaker tried to lose and take fourth place with its $8,000 cash prize. He didn’t lose. Instead, he won and earned his $10,000 seat. Moneymaker was understandably nervous, and has said: “I didn’t want to go and play with Poker pros. It wasn’t something I thought I could do. These guys play for a living and I’m just some guy that sits around and plays with his buddies; playing low limit Texas Holdem back at home. I had never played a real no limit cash game or no limit tournament before. I was like – I’m way over my head here. My expectation was to try to survive. If I did, I would be more than thrilled.”

On May 19th, 2003, Moneymaker arrived at Binion’s Horseshoe early. As he ate his breakfast, he saw 838 of the world’s best Poker professionals turn up for a day at the office. On the first day, Moneymaker had planned to basically fold his way to the next round. In the end, he ended the day in 11th place with 60,000 chips to his credit.

Now, feeling more confident and with more than half of the field eliminated, Moneymaker started day 2 with the wind in his sails. He finished in 26th position, with slightly more than 100,000 chips. By day three, the Poker press was now starting to get curious about this rogue outsider from the much-derided world of Online Poker. He sat on the ESPN table, next to one of his idols: the multiple bracelet winning legend Johnny Chan. By the close of play, Chan was just another notch on Moneymaker’s belt.

Heading into day four, there were only 45 players left. When it was time for the dinner break, the numbers had dwindled to just 22. Moneymaker ended the day eliminating Poker icon Phil Ivey with a lucky draw on the river. Ivey had a flush but the final card gave Moneymaker a better one. Brutal.

On day 5, the final table ended with just Moneymaker against Sam Farha. Farha went all-in with a pair, Moneymaker called with two pair and eventually won with a full house. Moneymaker had turned an $86 satellite buy-in into a $2.5 million win. It was David versus a slew of Poker Goliaths and he had beaten them all. Online Poker had earned a seat at the top table; proving itself as a platform for ‘bigger things’.

The ‘Moneymaker effect’ started an Online Poker boom. Every Tom, Dick, and Harriet was signing up to play. Late night television was filled with eccentric characters trying to outguess each other. Crib, bridge, and rummy were all side-lined, as the back room of the pub morphed into a Las Vegas dive bar.

Almost two decades after Moneymaker shattered the glass ceiling, Online Poker is now an integral part of the scene. Players, sponsors, and big money tournaments are now all intertwined. Poker blew up, thanks to the Internet and pioneers like Chris Moneymaker. Now it’s back in the real world.