The Biggest Gambling Cities in the World

Blog > Casino News > The Biggest Gambling Cities in the World 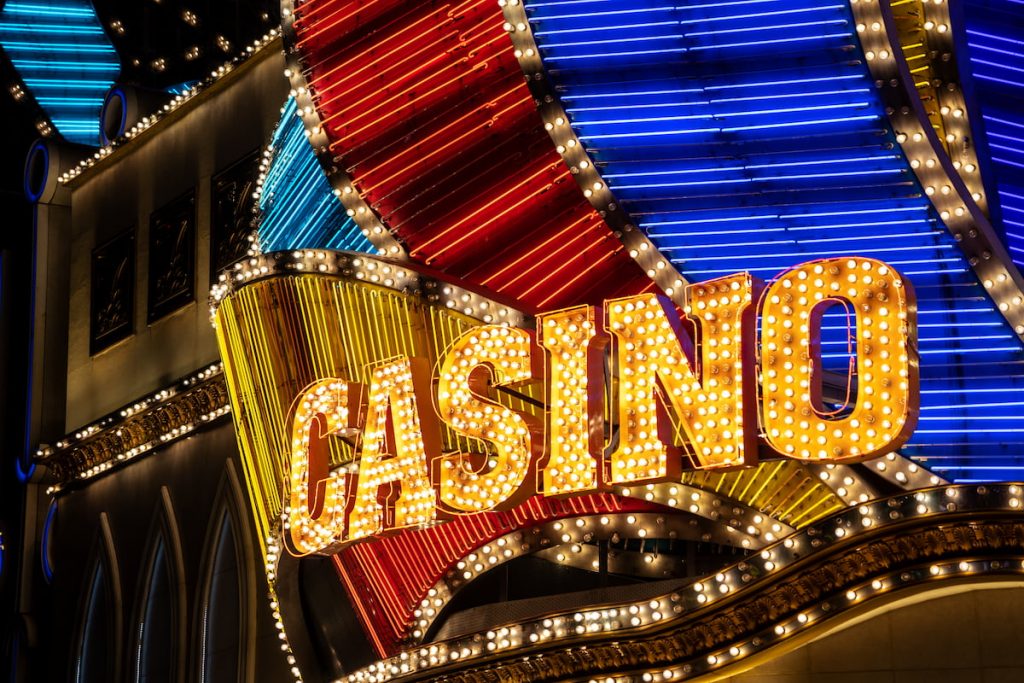 Casinos come in all shapes and sizes. From the weird to the wonderful, players can choose to try their luck in some strange and wonderful places across the world. Not all locations are created equal however, so join us on a whistle-stop tour of the biggest gambling cities in the world.

Las Vegas is the by far the most famous gambling destination in the world, but its beginnings were humble. Originally established in 1905 as a rest point for trains between Las Angeles and Salt Lake City, it would remain a small town until construction of the Hoover Dam began in 1931. With this construction came thousands of workers, who each now how had disposable income to spend in the small town. Las Vegas would soon make gambling legal, and an economic boom followed which would change the face of the gambling world.

Gaming licenses were quickly granted to two pre-existing nightclubs on what would soon be called the Las Vegas strip. The Red Rooster in April 1931, then the Pair O’ Dice in May of the same year. These two institutions would have varying fortunes. The Red Rooster was shut down after less than 100 days for serving alcohol (prohibition was still the law of the land), while the Pair O’ Dice managed to avoid the wrath of the federal government and happily sold alcohol and offered gambling for decades. Having been renamed “The Frontier” and then “The New Frontier”, one of the oldest casinos in Vegas was eventually demolished in 2007. The evolution of Vegas as a resort city is mirrored by the evolution of the two areas where the Red Rooster and the Pair O’ Dice first opened its doors. The Red Rooster would become The Mirage, one of the town’s most famous destinations, popularizing the “Las Vegas Show” as legendary acts such as “Siegfried and Roy” and “Cirque de Soleil” attracted hundreds of thousands of tourists. Meanwhile, just a little south of the Pair O’ Dice now stands the Stratosphere, which boasts the tallest observation tower in the United States.

Today Las Vegas success in built on being not just a gambling haunt, but an entertainment resort. Movies such as The Hangover and What Happens In Vegas have helped to engrain Vegas in popular culture as a destination holiday where tourists can unwind, have fun by the pool and even be married by “Elvis”!

Macau’s history is amongst the most interesting in Asia. First settled by Portuguese seafarers back in 1557, the region would be transferred to Portuguese rule in 1887 before finally being handed back to the Chines in 1999. This history of Portuguese rule influences everything about the Chinese autonomous region, from the architecture to the food – both of which still retain a distinctly European flavor to this day.

Macau’s position as the number one gambling destination in the world comes from the fact that its revenues exceed all others globally. In fact, the city boasts income three times higher than its famous rival, Las Vegas. Macau’s position as number one is a recent development, however. As recently as 2001 it attracted less than one million visitors, by 2019 that number had grown to a scarcely believable thirty-nine million! It would be the VIPs amongst that number, making up just one percent of the visitors, who would transform the fortunes of Macau. These high rollers would be responsible for generating around $26 billion in revenues for the gambling Mecca and cement its place at Number One.

Today Macau is mirroring the route taken by Vegas by making itself an entertainment destination as well. Vegas stalwarts like Caesars, MGM and The Venetian have all set up shop to cut into the Asian gambling pie and brought the famous American showmanship with it. Water shows, Cirque de Soleil and exploding volcanos – all Vegas stalwarts – have made their Macau debuts in recent years. Meanwhile, AJ Hackett’s Sky Jump at the Macau Tower is the tallest bungee jump in the world. Unique fusion food, Vegas-style shows and, of course, thousands upon thousands of slot machines have made Macau a “must-see” for gamblers and entertainment seekers alike.

Gambling in London has a somewhat checkered past. From formerly being one of the (many) vices of King Henry VIII in the sixteenth century, to become synonymous with gangland London and the notorious Kray Twins of the 1950’s, the gambling landscape of modern London was indelibly shaped by legislation change in the 1960’s. The new Betting and Gaming Act came into effect in 1961, and casinos soon duly popped up across London’s elite Mayfair district. The first, the Clermont Club, would soon be frequented by royalty, Hollywood A-listers, business tycoons and the occasional James Bond

Today, Mayfair is still at the heart of luxury gambling in the UK, and the world. Les Ambassadeurs is one of the private member clubs offering high class comfort in world-class surroundings. Here premium membership will cost you around £25,000 annually, ensuring discretion and exclusivity amongst their clientele. Meanwhile establishments such as Crockfords, The Ritz and The Grosvenor all add to the litany of high-class gambling establishments for the rich and famous.

However, unlike Las Vegas and Macau whose success was built upon the foundations of the gambling industry, London is a world-class destination in its own right. From Premier League football to West End shows, from Buckingham Palace to Downing Street, London itself is one of the biggest destinations for tourists from across the globe.

We cannot speak about casino cities without mentioning perhaps the most glamourous of all. Montel Carlo is beautifully nestled in between the French Riviera and the foot of the Maritime Alps, giving a location whose beauty may be unmatched on our list. This glamourous location, and possibly generous income tax rates for residents, has attracted some of the world’s elite to the Principality. Today it has become a playground of the rich, with multi-million-dollar yachts moored at its arena, the world-famous Monte Carlo Grand Prix and an extensive array of high-end fashion boutiques.

For those inclined to partake in a flutter, the imperious Place de Casino has all one could desire. The glorious building hosts luxury shops, the Opera and, of course, gaming rooms. You can go in and place a bet, or just walk around and take in the opulence. However, you would need to be suitably dressed. Despite the proximity of the Mediterranean, T-shirts, short sleeve shirts, beach shorts and towels are not tolerated here. Even the local Monegasque residents are forbidden to enter or gamble in the casino, due to a law passed in 1987 to guarantee the table croupiers would not bend the rules to favor their friends and family.

The last entry on our list the biggest casino cities is also the most recently developed. Marina Bay in Singapore is the results of decades long land reclamation which resulted in the city state developing a world leading travel and shopping destination. However, it was the arrival of the Marina Bay Sands in 2010 that really brought Singapore to the world’s attention as a casino destination.

Don’t forget that Casino.com brings the glamourous Les Ambassadeurs experience directly to you, with our live casino games

Changes Happening in Brazilian Gambling and the Expansion of Pragmatic Play

Pragmatic Play, one of the leading suppliers and developers of software for the iGaming industry, has been one of the first to capitalize on the

The Rise and Fall of Gambling in Twitch Streaming

The Rise of Gambling in Twitch Streaming Twitch is a live streaming platform that has seen great success in recent years. The site averages over