Who is Better at Gambling: Men or Women?

Blog > Casino News > Who is Better at Gambling: Men or Women? 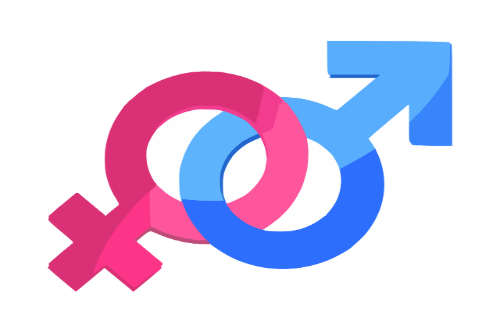 Today we will try to answer an age old question: are men or women more likely to succeed when it comes to gambling?

Who’s really got the nerves of steel? Who crumbles under pressure? Whose bluff will be called? As society strives for equality, is the action at the blackjack table taking a turn for the XX or is XY still holding all the chromosomatic cards?

Since the first caveman wrestled a Mammoth to the ground, men have traditionally been the risk takers, leaving the women at home to bring up the next generation of Neanderthals. Times change. Although sports betting is still mainly a man’s world, it’s even money on the casino floor with more and more women getting stuck in. A US study found that men were more than twice as likely (69% versus 31%) as women to engage in gambling.

Meanwhile a recent study into online betting in New Jersey revealed that 40% of online casino players were women. In the top 10% of players, the number was even higher. When it comes to bingo, more than two thirds of the players are women. So, one thing is clear: women are definitely players and they like to gamble as much as men. The question is: are they better?

Meanwhile… in Tel Aviv… Brains: big, grey, squelchy, things in our head. we exist in our brain; a philosophical conundrum and the place where we opt to hit on 17, if the dealer is holding an 8. It’s also the focus of Israeli neuroscientist Daphna Joel who specialises in brain mechanism and function.

Evenly balanced brains are one thing. Unfortunately, in the wider world, there are still big differences in attitudes to gender. A recent Pew Research study revealed that the most highly valued trait for women was attractiveness (35%), followed by empathy and nurturing at 30%, with ambition and leadership at just 9%. For men, honesty and morality was top at 33%, followed by success at 23%, and ambition at 19%.

The depressing news was that 28% of respondents considered that ambition, leadership, and assertiveness were negative attributes for women. In the casino, confidence is a factor with many games. Blackjack players need to know when to make a move and poker players require nerves of steel.

Online gaming has been a boon for female players. You can play at home, away from the male gaze, and without fear of making the wrong play at the blackjack table. For someone curious about the casino, the online environment is the perfect place to dip your toe in.

The vast majority of online casino games are based on luck. One of the most popular exceptions is poker. Here players go head-to-head against each other and anything goes. Although, women are still relatively thin on the ground, there are a several serious female players stacking it up at the tables.

Top of the table is Vanessa Selbst who – at the time of writing – has won more than $11 million. Close behind her is fellow American Kathy Leibert on $6.2 million, followed by long-time player and female poker evangelist Annie Duke.

Another key gender difference relates to the type of games played. A report from the University of Greenwich examined the types of games played by men and women. The National Lottery is split 50/50 but men are far more likely to punt on the horses.

Women – on the other hand – have a more social approach to the games. Opting instead for games like bingo. For them, online gaming is all about relaxation, fun, and enjoying the company of their friends.

So… who wins? Is it Big Daddy or Big Mummy on the casino floor? Research and science indicates that it’s all about nurture – not nature. When it comes to gaming, men and women have the same basic equipment and capabilities.

Only society creates a barrier for women. However, the growth in online gaming is making it easier than ever for women to test their luck on the slots and at the tables and enjoy a little action at the casino. The gaming business doesn’t discriminate; players of all genders are welcome to sign up and have some fun.