When The Chips Are Down

Blog > News > When The Chips Are Down 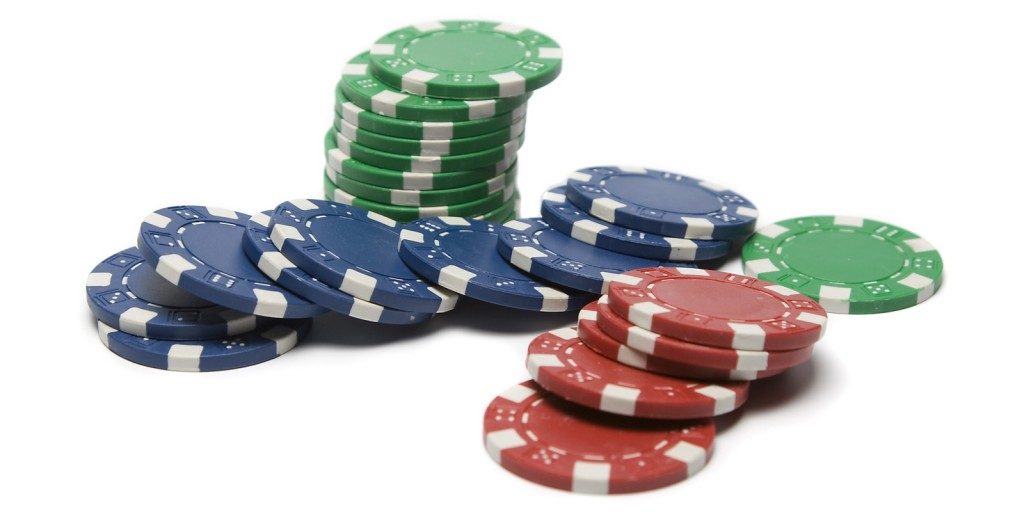 Chips… for a citizen of the United States, a chip is a deep fried, thinly cut, slice of potato. In the UK, chips are served with battered fish, wrapped in paper, and eaten with a wooden fork. In the casino, the chip means only one thing: money.

On August 23, 2011, Anthony Carleo was sent to prison for between nine and 27 years. The self-described ‘Biker Bandit’ or ‘Cranberry Kid’ admitted robbing the Bellagio and Suncoast casinos. His father – a former Las Vegas municipal judge – was at the sentencing in Clark County District Court.

Carleo’s crime was common enough. On December 9, 2010, dressed in black and wearing a full-face motorcycle helmet, he had walked into the craps pit area at the Bellagio and grabbed more than $1.5 million in casino chips, including many cranberry coloured chips worth a cool $25,000 each.

Earlier in the year, he had used the same modus operandi to steal $18,945 from the Suncoast Casino. He had used a weapon for both robberies and made his escape on a motorcycle.

What makes this sad case so fascinating lies in the casino chips that Carleo stole.

The Bellagio is a high end destination and takes its security very seriously. High value chips at the casino are embedded with a RFID (Radio Frequency Identification). This means they can be instantly deactivated and rendered unredeemable.

Immediately after Carleo left the casino, the chips were worthless. In effect, he robbed a whole lot of nothing.

For several years, RFID chips have been a vital part of the security armoury for many casinos. Increasingly, they are also becoming a key component of a casino’s marketing strategy.

The chips are almost impossible to counterfeit and allow casinos to track player behaviour and movement. Ultimately, it can enable casinos to reward players depending on their betting activity.

Gaming Partners International Corporation is one of the world’s biggest manufacturers of casino chips and gaming furniture. President and CEO Gerard Charlier said: “We believe that within the next ten years, RFID-embedded casino currency will be the norm around the world, and that casinos will look back on the time before RFID as the dark ages of player tracking and anti-fraud efforts.”

Although gambling has been around since one caveman bet another that their friend would get eaten by the Sabre-toothed tiger, the casino chip didn’t appear until the late 19th century.

Clay composite chips were produced to clear the clutter of gold coins, ivory, bone, and nuggets from the casino floor. Initially used at the poker table, the chips would soon be everywhere. By the 1930s, as Las Vegas blossomed, the casino chips were branded.

In fact, today an original $5, die-cut casino chip, with brass inlay, from the 1946 opening of Bugsy Siegel’s Flamingo Hotel is worth more than $4,000. If you are lucky enough to have a 1950s era $5 chip from The Sands, that would be worth in excess of $30,000. That’s one way to win a lot of money at the casino: don’t spend the chip, store it for posterity.

Some casinos are crafty with their chips and produce commemorative editions. The Hard Rock Casino produced some limited edition chips featuring famous musicians, safe in the knowledge that people would pay for the $25 chip and just keep it. It’s basically an uncashed cheque.

Early security methods for chips included elaborate artwork, serial numbers, and UV markings. Although the best security remains the croupier’s familiar touch. Even so, all casinos are legally required to have an alternate set of chips ready to deploy in case of fraud.

For now, it would seem that RFID chips are the future. Casino security is critical. People are always trying to beat the house – one way or another. Anthony Carleo thought he had got away with a lifetime’s supply of chips. With a flick of a switch, his stack was reduced to rubble.

If you are betting in a casino, then the chances are that big brother is probably watching your every move and possibly tracking every play you make. There is an alternative of course: play online.