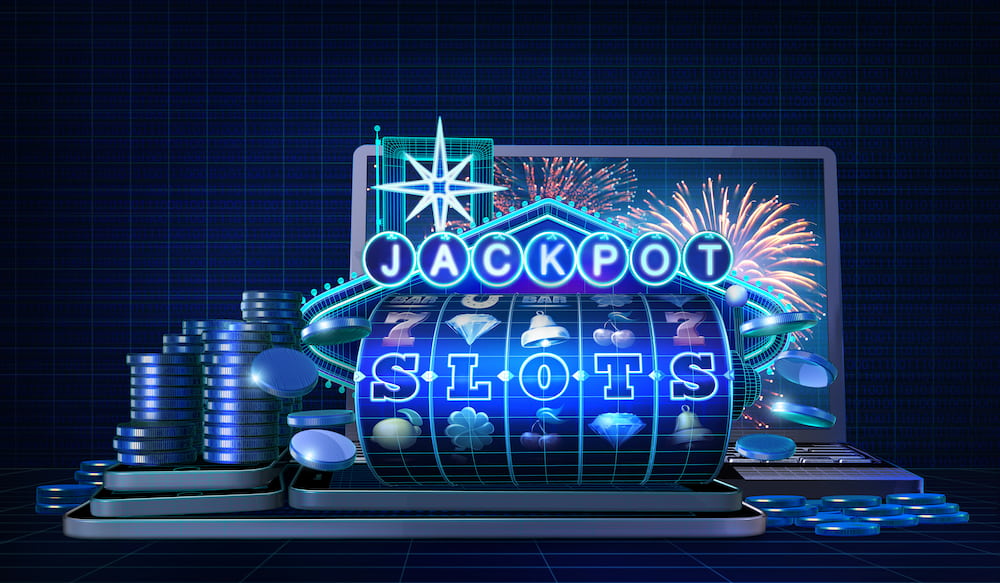 Did you know that the world’s first progressive jackpot machine was launched in 1986 by International Game Technology (IGT)? IGT had already earned both fortune and reputation with the invention of the classic video poker game.

In 1986, modern technology enabled IGT to link slot machines to a network, all sharing the same jackpot. By pooling a tiny percentage of each wager, huge jackpots could be created. The Megabucks slot was a sensation.

Fun to play and loaded with millions in pooled jackpots, here’s our handy guide to the top ten progressive jackpots in play today – and you can play every single one at Casino.com!

The Mega Moolah progressive slots franchise is one of the biggest online. At the time of writing, the top prize sits at more than £3 million. That’s one hell of a spin to win. More than £1.45 billion has been paid out to lucky winners.

The classic Mega Moolah game is five reels of jungle-themed action, with 25 paylines and four tiered jackpots. The progressive jackpot is randomly triggered; a wheel of fortune spins to determine your win. Good luck!

The ever popular online casino cliché of Ancient Egypt provides the colour and theme for the Book of Atem WowPot. It’s a standard five reel slot, with 10 paylines, linked into the massive WowPot progressive jackpot pool.

The slot has both wilds and scatters, as well as a free spins bonus round. The jackpot can be triggered when a book symbol lands on the reels. There are at least six WowPot games to play at Casino.com. It’s a new franchise. The games are all beautifully realised and fun to play.

Reign of Ice is part of the up-and-coming Kingdoms Rise series of progressive jackpot slots from Playtech. This means it is a part of the network of connected online slots which can lead to potential jackpots in the millions.

This game has a traditional 5×3 layout, with symbols which include the ferocious Ice Barbarian and Valkyrie along with an array of fearsome weapons. Bonus rounds are triggered when featured characters release Hammer Wilds from the ice, unlocking re-spins and increasing multipliers.

Reign of Ice is a chillingly good addition to the ever-growing catalogue of Kingdoms Rise titles; watch out for more in the new year.

Elephant King is five reels of online slot action from the plains of the Serengeti, with a larger than life a cast of wild animals. The eponymous star of the game is the icon to hunt. The elephant is both the game’s base game jackpot win and the key to the MegaJackpot progressive jackpot..

Land the disc elephant symbol on any reel and you activate the bonus above. If that bonus if the MegaJackpot, it’s time to pack the suitcase and get ready for a safari. Atmospheric, fun to play, and a top quality game from casino software icons IGT.

Few franchises have captured the imagination of online casino fans quite like the Age of the Gods. Now available in 24 (and counting) different versions at Casino.com, including a live game, roulette, and a multitude of slots, it is fair to say that every deity is having his or her day.

The classic game is five reels and 20 paylines of heavenly fun, with the divine intervention of a bonus round and the chance to win one of four Age of the Gods progressive jackpots. The top one is the Ultimate Power Jackpot; the average win: a cool £550,000. Say your prayers.

The pot of gold at the end of this rainbow grows bigger every day. Leprechaun’s Luck is five reels and 20 paylines of red-haired, vertically challenged, Gaelic game play, complete with its own progressive jackpot.

Icons in play include the eponymous man in green, as well as some Guinness, a Celtic harp, and some mushrooms. The Bonus is a pot of gold. Three of these starts the bonus round where you add colours to a rainbow, Complete the rainbow and the jackpot is yours.

Ancient Persia is the setting for this five reel, 4 row, game from Playtech Origins. Any three, four, or five matching symbols triggers one of 1,024 different ways to win. The atmosphere is Arabian, the music is from the Middle East, and the overall aesthetic is on point.

The key symbols are the famous lion of Persia and the sun. Land the lion and you activate a classic pick a prize round. The sun triggers free spins with added power-ups. There are also four progressive jackpots to aim for. These are triggered randomly. Good luck.

Funky Fruits is a slightly surreal five by five avalanche style progressive slot with a cast of anthropomorphic fruit; arguably the stuff of high fibre, vitamin rich, nightmares. When you hit play, the fruit drop onto the screen; five or more matching symbols is a win.

The winning symbols disappear and are immediately replaced; chaining together multiple wins is the route to the progressive jackpot. You need to bet the max and connect at least eight cherries. It’s not easy but the jackpot average is £1.5 million. Make sure you play your five-a-day.

Welcome to the gladiatorial arena with this jackpot slot from Playtech which invokes the spirit of Ancient Rome. Featuring characters from the Russell Crowe blockbuster – albeit without Crowe himself – this is a five-reel slot with a couple of mighty bonus rounds to play for.

Find three Gladiator helmets on the reels and the Gladiator Jackpot Bonus is unlocked and you are presented with a selection of nine helmets, each offering a hidden cash prize. Three Colosseum symbols on the reels brings up the Colosseum Bonus where free spins are on offer.

Bankin’ Bacon is six reels, and 4,096 paylines, of porky high finance linked into the Jackpot Kings progressive jackpot pool developed by Blueprint Gaming. There are around 25 different games in the franchise. In 2021, one lucky player won the €8,133,445.23 jackpot from an 80c stake.

To win the jackpot, you simply have to get lucky. The Jackpot King Deluxe Bonus Feature kicks in at random and it could happen during any spin of the reels. Happy hunting!

Before you try your luck on these jackpot games, why not head over to our Guide to Slots Betting for tips from our team of casino experts.