The Best Slot Games of 2020 at Casino.com 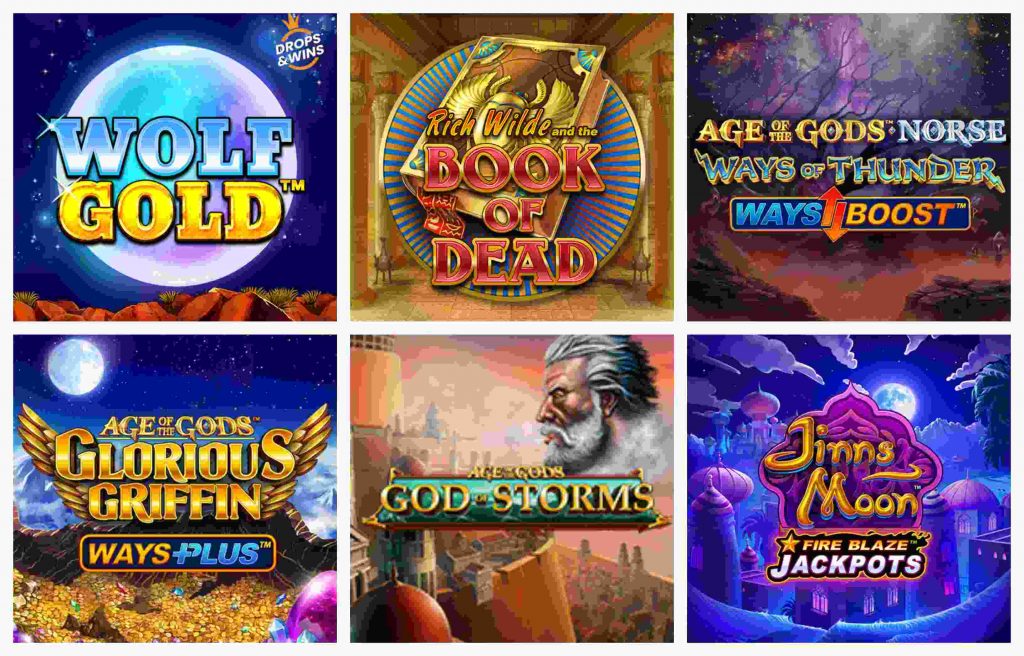 Whether you’re a newbie looking for the inside scoop on the very best games, or an oldie but goldie looking to find a new favourite; read on to find out about the 6 most popular games at Casino.com this year.

It’s Native American theme with background landscapes resembling Monument Valley, reels filled with horses, pumas, eagles, buffalos and howling wolves could be the reason why Wolf Gold has become one of the most popular slots at Casino.com. A Mega Jackpot of 1,000x your stake has probably played its role in such success too.

When you stare at those Saracen sabres, magic carpets, jewel-filled bowls and seductive Jinns reeling down, you can’t avoid being captivated by that Arabian Night feeling. The setting and atmosphere are absolutely fascinating. Jinns Moon: Fire Blaze™ Jackpots gameplay features a Fire Blaze jackpot round, where you will play a round of streak re-spins to be in with a chance of winning a jackpot up to 2,000x your stake.

4: Age of the Gods Norse: Ways of Thunder

It’s not hard to see why the recently released addition to the Age of the Gods series has become so popular. The imposing figure of Thor, hammer in hand, is surely enough to draw player’s attention, but Nordic runes, mythological creatures and an eye-catching dynamic background also contribute to create a welcoming gaming atmosphere. Among its gameplay features, it’s worth mentioning the Lightning and Thor’s Free Games features and 3 progressive jackpots.

Play ‘n GO’s Book of Dead has turned out to be a true hit. It has managed to reach the bronze position in our particular podium. Its main character, Rich Wilde, might well be the most famous adventurer is the slots universe. Set in Ancient Egypt, Rich ventures into a burial chamber searching for its hidden treasures. The most precious item resting in the chamber is the Free Spins feature, with potential wins of up to 5,000x your stake.

This game has been with us for a while now, but it has always been as popular as if newly released. This entry in Playtech’s Age of the Gods series is based on Aeolus, keeper of the winds. Argo, Jason’s famous ship, also plays a big role as a wild symbol. As for the gameplay, God of Storms features Wild Wind Respins, multipliers up to 5x and 4 progressive jackpots.

1: Age of the Gods: Glorious Griffin

And the top position is held by another Age of the Gods series tittle, Glorious Griffin – an absolute hit and incredibly popular among Casino.com players. In this case, the gods have given up their space to the Griffin, the mythical creature which is represented as half lion and half eagle. The game is set in the griffin’s lair, high in the sky, its nest brimming with gold coins and gems. The game’s popularity might be based not only on its setting, but also on its 4 progressive jackpots and the Griffin’s Glorious Free Games feature, where you can get up to 100 Free Spins.