The Art of the Scam: Five Cunning Cheats Who Beat The House

Blog > Casino News > The Art of the Scam: Five Cunning Cheats Who Beat The House 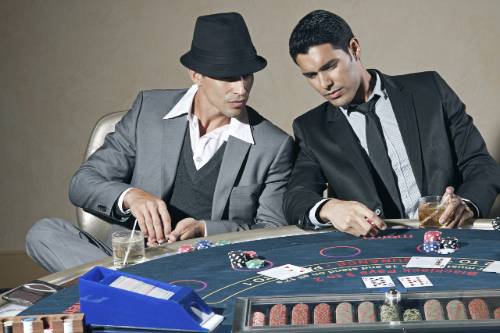 Cheats: they are cunning, crafty, and out to beat the system. Their methods are ingenious, devious, and often audacious. At the casino, the house usually controls the action. That is: until one of these canny crooks wanders into your establishment.

We’ve picked the cream of the criminal crop; the five stars of the scam who had a great run until they were rumbled. From the mechanical masterminds, whose devious devices unlocked the jackpots, to the sneaky software engineers who rewrote the code to cash in on the keno. Here’s our quick guide to the top five cheats that ever graced a casino floor.

Born in 1829, George Devol worked as a cabin boy on the Mississippi steamboats from the age of 10 and was the quintessential steamboat poker cardsharp. His motto in life was “to live off fools and suckers”. He was true to his word.

Devol felt no shame in cheating and would often reel in a fellow grifter and then betray them – mid game – at the table. If they complained, they were admitting to cheating. If they pulled a knife, Devol pulled a gun. Devol recorded his achievements in his auto-biography. It’s not all bad. Legend has it that his conscience often persuaded him to take pity on the ‘suckers’ and return their cash. What a gent!

2. Mumbles: The Prince of Past Posting

The sneaky art of past posting is one of the most common cheats at any land-based casino. However, the eye-in-the-sky camera means you probably won’t get away with it more than once or twice. Essentially, it is a late bet; adding an extra chip to your stack or sneaking one onto a winning position without the croupier noticing.

The man credited with turning it into an art form is known only as Mumbles. He had a mechanical voice box, due to throat cancer. In the 1950s, he saw a legitimate casino mistake, where the craps dealer missed a high value chip and underpaid. The player hollered, the dealer apologised and paid up. Mumbles saw an opportunity. For years, Mumbles studied dealers at casinos and mastered the art of distraction. His trademark trick was to slip a high value chip under a winning chip on the roulette table.

For many casino purists, slots are where the beginners hang out. It’s the casino crèche. Just pile in the coins and hope for the best. For Dennis Sean McAndrew, it was a land of opportunity that would eventually be worth more than $16 million in rigged jackpots.

McAndrew bought a pair of slot machines and forensically dismantled them. He figured out a way to alter and reprogram the slot machine’s computer chip to guarantee a win. He assembled a team of accomplices and they would block security cameras, and act as look outs, as McAndrew physically swapped the chip in the slots. Another team member would then come in and ‘magically’ win the jackpot. McAndrew was eventually betrayed by one of his gang.

Also giving the slots a shakedown in the 1980s was inventor Tommy Glenn Carmichael. Carmichael had a television repair shop and an understanding of basic electronics. Using a ‘top and bottom joint’, you could short circuit a slot forcing its hopper to open and the money to flood out.

As the slot machine technology improved, so did Carmichael’s gadgets. He developed the monkey’s paw and the light wand. Both gadgets worked beautifully by confusing the internal electronics of the slot. At the height of his game, Carmichael and his team of blockers and accomplices were making millions of dollars, working their way through every casino in Las Vegas. Eventually, he was caught red-handed. In his later years – in true poacher turned game keeper style – he developed anti-cheating devices for the slot machine manufacturers.

The top and bottom joint explained:

Although the vast majority of scammers are men, one of the most ingenious roulette cons was executed by Monique Laurent – a stunning looking, raven-haired, French woman. Laurent collaborated with her brother-in-law, who was a croupier working the roulette table at the famous Casino Deauville.

They managed to hide a tiny receiver inside a fake roulette ball. Standing near the table, Laurent had a transmitter hidden inside a packet of Marlboro cigarettes. When she pressed the button, the ball would drop from its spin. They could basically make the ball land in a certain quarter of the roulette wheel, allowing them to clean up at the table.

The plot was eventually foiled because Laurent drew too much male attention – including the casino boss who started to be suspicious about this beautiful woman who always loitered near the table when it was losing.

Offline and online, casinos are always vigilant in their efforts to catch a cheater. These are professional criminals who have spent years studying the form and learning their craft. They might fool the casinos for a while but in the end – they always get caught.