The Top 10 Superstitions in Gambling and Beyond

Blog > Casino News > The Top 10 Superstitions in Gambling and Beyond 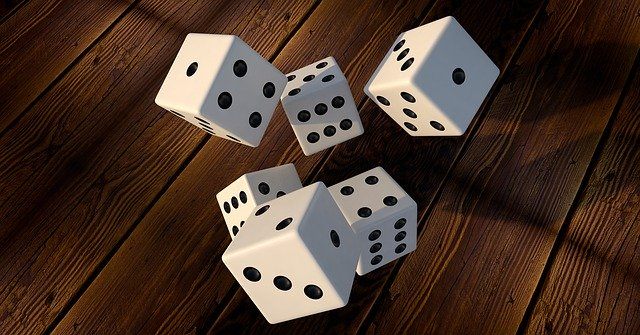 Irrational. Unscientific. Illogical. Superstition is the bizarre belief that a particular routine or object will affect the outcome of an event. It’s luck’s kooky cousin and a gloriously human weakness. From black cats and broken mirrors, to walking backwards through a door or holding your breath, superstition is the amplifier of hope and it comes in many different shapes and sizes.

Not surprisingly sport, gambling, and the casino are hotbeds of superstition. When luck is the lady you hope to seduce, you need every weapon in the armoury. Cross your fingers as we reveal our top ten weird tales of superstitious excess.

1. Pele and the Lucky Shirt

In the mid 1960s, Brazilian soccer icon Pele gave his match shirt to a Santos fan. In the subsequent weeks, he suffered a serious dip in form and came to the conclusion that he needed his lucky shirt back. The garment was located, returned to its rightful owner, and Pele got his mojo back. There is a twist: they never actually found the missing shirt. It was just the one he’d worn in the previous game. Pele didn’t know the truth for years!

2. Nothing but the Tooth

Stick your hand into Heidi Klum’s handbag and you could end up with a nasty bite. the German supermodel has kept all her teeth since she was a child and thinks they are lucky. The secret was revealed when she appeared on the Jay Leno show in 1998. We don’t have a tooth fairy [in Germany], so I put them in a little bag,” she said.

Pop icon Taylor Swift likes to do things differently which is why she loves the number 13. She was born on December 13, celebrated her 13th birthday on Friday 13th, and her first album went gold in 13 weeks. Her first number one single had a 13 second intro and, every time she has won an award, she has been seated in either the 13th seat, the 13th section, or on row M: the 13th letter of the alphabet.

Eldrick Tont ‘Tiger’ Woods is widely regarded as one of the greatest golfers of all time. He is also well known for always wearing a red polo shirt on Sundays; usually the final day of a golf tournament. The reason Woods wears red is simple: “I wear red on Sundays because my mum thinks that that’s my power colour and you know you should always listen to your mom.” true that, Tiger…

If you find yourself in Spain, heading for a night playing Blackjack at the casino, make sure you enter the room with your right foot first. If you get it wrong, no problem: making the sign of the cross three times will remove the jinx.

To ensure a lifetime of luck and possible lactose intolerance, why not subject your newborn to the tradition of the ‘groaning cheese’. In medieval England, expectant mothers would make a ‘groaning cheese’: a giant wheel of cheese. Like the pending baby, the massive truckle would take nine months to mature.

On the day of the birth, the inside of the cheese was hollowed out and the newborn passed through its centre; symbolising the birth of the baby. This tradition guaranteed a lifetime of luck and gave the family, and everyone at the birth, a cheesy treat to celebrate the new arrival.

Sceptics can be sceptical but, when you are the greatest female tennis player ever, maybe there’s some truth to superstition. Before a game, Williams famously always listens to the 1980s hit Fame by Irene Cara, uses the same shower, ties her laces exactly the same way, and bounces then ball five times before the first serve and twice before the second. Hey: if it works…

In Las Vegas superstition is par for the casino. One of the weirdest routines to pop up on the Sin City forums is the belief that you can trick the slots. There are lots of confessions from slots fans who admit to slightly ‘hesitating’ before hitting the spin button in a bid to fool the machine. Normally followed by an admission that: the ‘catch it unawares’ technique is a little crazy!

Perhaps one of the oldest superstitions is knocking on wood. If you are worried that you have tempted fate and risk danger or a loss, the answer is simply to knock on wood. It is believed that this tradition comes from the days when human beings believed that spirits lived in the trees.

From knocking to blowing, you will often see players at the craps table blowing on the dice. It’s believed the origin of this habit dates back to street craps when the dice would be covered in dust and dirt. Obvious, really. Other popular casino superstitions are don’t cross your legs, never drop a card, and don’t gamble with anyone who is cross-eyed.