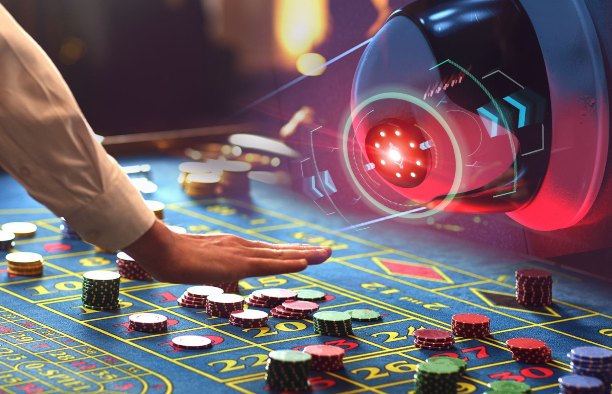 In one of the most memorable scenes in Martin Scorsese’s 1995 masterpiece Casino, casino boss Sam ‘Ace’ Rothstein elegantly details the pecking order of trust. The sequence ends with a reference to the eye-in-the-sky camera.

Casino is set in the 1970s. Surveillance cameras, in public spaces, were still a new idea. In casinos, they replaced catwalks, suspended high in the ceiling, staffed by binocular carrying security guards, watching every player’s move.

Necessity is the mother of invention and Las Vegas has always been an early adopter for technological advances in security. Every day, people try to beat the casino. Some players do it at the tables. Others use the latest technology; from micro cameras, hidden up the sleeve, to tiny transmitters and card-counting computer, Casinos have to stay one step ahead and fight fire with fire.

Once upon a time there was outrage at the use of closed-circuit television (CCTV) in the streets of our cities. It was perceived as an intrusive invasion of privacy and proof that Big Brother was finally holding the reins of power.

Today, CCTV is ubiquitous. Both police officers and protestors use cameras to capture evidence, and a selfie-orientated culture has made us all blissfully unselfconscious. In the casino, surveillance is subtle and discrete. Businesses need to strike a balance between vigilant security and a welcoming environment.

A typical Las Vegas casino will have 1,000s of cameras operating at the same time. These high-resolution cameras have low-light capability and fast frame rates. The imaging is better than ever. The move from analogue cameras to cloud-based IP systems means that storing vast amounts of data on tape is no longer an issue.

It also means that a casino can track a player’s movement from arrival to departure. From number plate recognition, in the car park, through the lobby, to the areas where staff handle cash, everything is tracked and monitored.

Running in tandem with enhanced CCTV is facial recognition. Once the stuff of science fiction, facial recognition is now very much a reality. Airline Jet Blue has used it in place of boarding passes on some flights much to the annoyance of some passengers.

It may be a hot trend but both Caesars Harrahs Casino and Penn Nationals Hollywood Casino are facing lawsuits about breaching the state’s biometric information privacy act, by using facial geometry to scan and gather information without informing the public. If history tells us anything, it’s that there will be some resistance to facial recognition, (probably) followed by acceptance once its benefits are realised.

Nice to RFID You

One of the easiest ways to prevent crime at a casino is to take away anything to steal. Today, more and more casinos rely on RFID (radio frequency ID). Chips are embedded with a secret code. If the chip doesn’t sing the right song at the cashier, it doesn’t pay.

Players are also encouraged to use smart cards, so they can enjoy cashless action on the slots. Developers Konami Gaming are introducing a new system which embeds a camera in every slot machine. After registering with the cashier, and having a photo taken, players simply wander up to a slot machine to play. No cash and no card. Your credit and winnings are displayed as you play.

Also using RFID technology is the TableEye21 system. This combines surveillance and data feeds from a single table to identify card counters or players working with the dealers. It can spot statistical anomalies, as they happen, in real time.

Online and on the Case

The most reputable online casinos use the same fraud and security software as the world’s leading banks. Highly developed ‘reputation’ software, that stores data from more than half a billion devices and collates information. IP addresses are flagged and rated. If the transaction is dodgy, the IP is flagged.

The game of cat and mouse between the casino and the cheat will play on. Casinos are often seen as fair game. Hitting a straight up at the Roulette table is a 37:1 shot. If there is a sneaky way to shorten those odds, it’s a sure bet that someone will try it.