The Top Casino Songs of All Time

Blog > Casino News > The Top Casino Songs of All Time 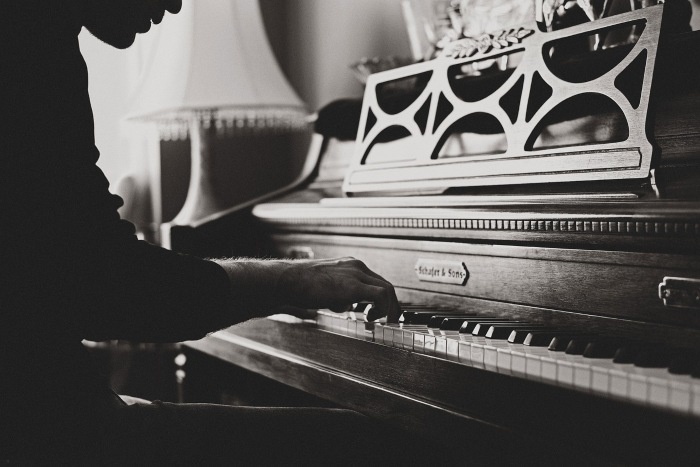 Would you like some rhythm with that Roulette? Perhaps, a nice funky backbeat to accompany your Blackjack game? Maybe, a little Sinatra to make that slots session go with a swing. If music be the food of love, get ready for our all-you-can eat buffet. We are serving up a smorgasbord of the greatest casino-themed tracks to ever grace a gaming floor.

Music and casinos have been harmonious bedfellows ever since Lennon and McCartney doubled down on a pair of fives. From Muzak to Manilow, librettos to Liberace, and rap to the rat pack, here is our selection of the top casino songs of all time. Turn on. Tune in. Grab some chips!

No list of classic casino songs can be complete without Sinatra. The Chairman of the Board was not only the leader of the Las Vegas rat pack, he was also one of the most popular singers of all time, with a staggering 150 million record sales to his name.

Luck Be a Lady is the song that Sinatra made his, despite the fact it was originally performed by Marlon Brando in the film Guys and Dolls. Written in 1950, the song was eventually released by Sinatra in 1963 and would become one of his signature tunes.

Sinatra was resident in Las Vegas for years, performing at several of the leading casinos, including the Sands and Caesar’s Palace. When it comes to the top five casino songs of all time, Luck Be a Lady is probably in the top one.

OK: we lied when we said the song above is definitely #1. Here’s another contender. When it comes to songs about gambling, Kenny Rogers version of The Gambler is about as iconic as it gets. No Las Vegas Greatest Hits Compilation would dare to overlook this country music classic.

Written by Don Schlitz in 1976, it was two years before Kenny Rogers recorded the song and made it a #1 Grammy winning hit. The song’s story of a late night encounter between the narrator and a gambler ‘bound for nowhere’ is a cautionary tale, heeded by every sensible card player. As the song says: ‘You gotta know when to hold ‘em and know when to fold ‘em’. Indeed.

We’re keeping it current with the next casino showstopper. In this list, we are staying away from the Las Vegas only songs but Katy Perry’s 2009 smash hit Waking Up In Vegas definitely gets a shout. Perry is one of the planet’s hottest pop stars. The highest earning female pop performer, between 2011 and 2018, and one of the best-selling artists of all time, with a remarkable 18 million album sales.

Waking Up In Vegas has had nearly 100 million views on YouTube. The video portrays the ultimate night out in Sin City, with cameos from the likes of Daniel Negreanu and Penn and Teller. Unfortunately, their Vegas winning streak comes to a close but the song is still a sure bet.

The Ace of Spades

Finally, we end with the inimitable Lemmy, Motorhead, and the Ace of Spades. Q Magazine said the song’s iconic opening guitar riff ‘wouldn’t be out of place ushering in the end of the world’. Although the song is about cards and gambling, Lemmy admitted he wasn’t much of player preferring the slots to poker. He famously said: “I’m more into the one-arm bandits actually, but you can’t really sing about spinning fruit, and the wheels coming down.”

“You win some, you lose some, it’s all the same to me”

What do you think? Are these the casino classics you would choose?