Charms, Cats, Crossed Fingers: Are You a Slave to Superstition? Discover the Top 5 Today

Blog > News > Charms, Cats, Crossed Fingers: Are You a Slave to Superstition? Discover the Top 5 Today 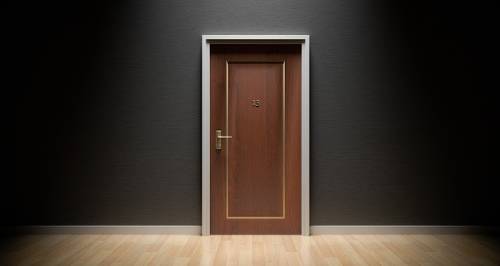 Are you sitting comfortably – with crossed legs? Have you been chewing gum at night? Were you clipping your nails after dark? Did you just light that cigarette with a candle? Was it the third cigarette with a single match? If you answered yes to any of these questions, it might be worth postponing that online blackjack game. Read on to discover more about the crazy world of superstition.

Superstition has been around as long as sheep have had entrails. Even in today’s modern world, where a single click can Google away the mystery, the tradition of unfounded, irrational, baseless fear and hope survives. You can call it faith. You can call it hope. Or – in the words of Stevie Wonder – you can ‘believe in things that you don’t understand’.

If Lady Luck is taking centre stage, superstition is always off-stage in the wings, ready to put in an appearance. When the outcome of any event is down to nothing more than the roll of a dice or the turn of card, the slaves of fate need all the help they can get. This often comes in the form of a rabbit’s foot, the touch of a redhead’s hair, a horse shoe, or a dollop of Russian bird poo. Not surprisingly, superstition has a starring role on the casino floor; clutching, touching, kissing, and blowing. All in an attempt to seduce Lady Luck. Will she look kindly on a pair of pants that have never seen the inside of a washing machine? Will she condemn the person who sneezed, and forgot to say ‘bless you’, to an evening of hard 16s at the blackjack table? Here’s our superstitious top five. Enjoy!

Nope: not the marshmallow-filled children’s cereal, promoted by a band of paranoid leprechauns, but an amulet or item that is believed to bring good luck. Usually small, popular examples are four-leaf clover, a horseshoe, and white elephants; the latter: not ideal for sneaking into casinos.

A classic is – of course – the rabbit’s foot. Not any old rabbit’s foot, however. Legend has it that the rabbit must be shot with a silver bullet, on a rainy Friday the 13th, in a cemetery, under a full moon, and only the left hind foot will do. Unsurprisingly, most rabbits are hopping mad about this particular superstition.

Of course, some lucky charms have to earn their status as harbingers of hope. Anyone who was at the 2019 Champions League semi-final game, and witnessed Liverpool’s miraculous 4-0 victory comeback against Barcelona, is probably still wearing the same shirt today.

Cats are generally indifferent creatures, Immune to the whims and desires of their human slaves. Black cats split the jury. In some countries (Scotland, Japan, and the UK), this particular feline is considered lucky. In much of the rest of the world, an encounter with one is believed to be bad luck. In Germany, they split the difference. If a cat crosses your path from right to left, it is a sign of troubled times ahead. In the opposite direction, it’s time to make haste and head for the nearest casino.

Ritual is at the heart of many a superstition. This is one that gamblers are particularly susceptible too. Anyone who has ever played craps in a casino will probably have seen the shooter blowing on the dice. Truth is: the origin of blowing on dice probably goes back to ancient times when dice were rolled in the street and got a bit dusty. Whatever the story: it’s a great excuse to talk to your fellow players and make new friends. Whilst a kiss for luck might be a crafty chat up line in many cultures (it certainly worked for Luke Skywalker), if you’re gambling in a China, make sure you never touch another player’s shoulder. It’s considered very unlucky – as is crossing your legs at the table. Chinese gambler’s are extremely superstitious.

If you suffer from friggatriskaidekaphobia, there is both good and bad news. Every year will have at least one Friday 13th but there can never be more than three Friday 13ths in any single year. The longest period you can go without being slaughtered by a mask-wearing, machete wielding, psychopath is 14 months.

The origin of Friday 13th’s notoriety is something of a mystery. It’s probably connected to the fact that there were 13 guests at the last supper and Jesus was crucified on a Friday. Whatever the back story, the date is a curious one in any casino.

Superstitious players can behave differently. At the poker table, a whale with deep pockets, who normally calls every hand, may decide to tighten up his or her game. This could impact the entire table and give the superstition some legitimacy. It’s a self-perpetuating myth and the plotline for the 12 movie in the franchise: Friday 13th  – Jason On Tilt.

Stevie Wonder sung about superstition but Eddie Floyd got more specific with Knock On Wood. Once again, no one knows the exact origins of touching or knocking wood. The superstition is basically a remedial technique: the knock on wood is thought to remove a possible jinx.

If you decide you are going to spend the night playing your favourite online casino games, and tell a friend you are ‘feeling lucky’, you might need to remove the danger of tempting a spirit or demon determined to ruin you evening. This is done by summoning a kind spirit: usually found in sacred trees like oak, ash, or hawthorn. To do that: you knock twice.

Do You Feel Lucky?

The truth is: superstition is little more than ‘hope by another name’; a curious blend of tradition and ritual. With no science to add credence to the incredible; black cats, unguarded ladders, open umbrellas, and the rest are all just the fake news of folklore. Anyway: think of the three-legged rabbits. Why not put your luck to the test today with the Irish Luck online slots. Steeped in superstition from the Emerald Isle, this fun-to-play game features leprechauns, rainbows, and pots of gold. Leprechauns are cunning characters. You must catch one and demand he tells you where the gold is hidden. Be warned: if you take your eye off him for just a second, he will disappear. Good luck!