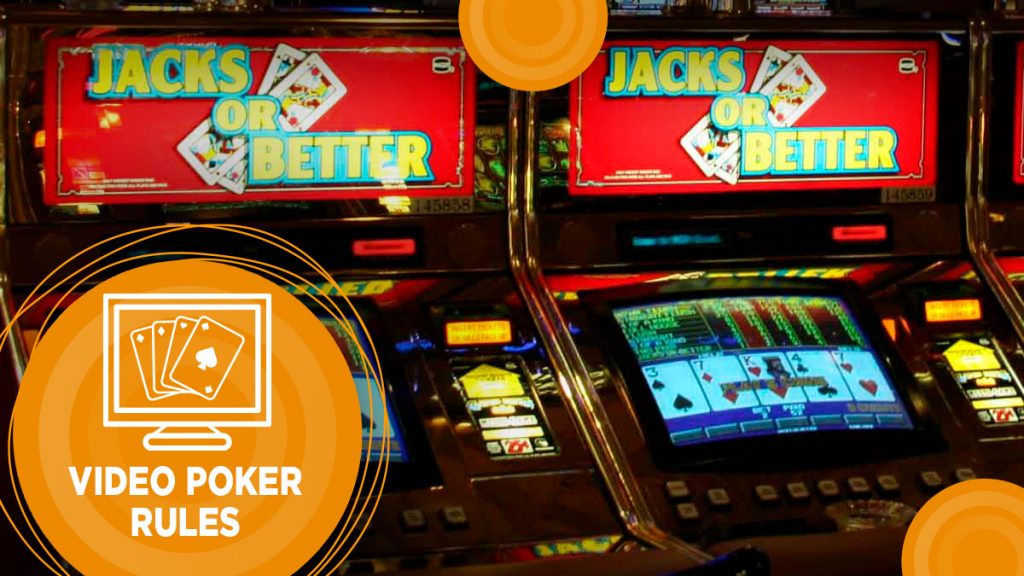 Video poker is one of the most popular online casino games, and it has attracted millions of players over the years. It’s a twist on the traditional card game, and its gameplay is more in line with slots. It’s a game of chance, but you do have some control over the outcome as you have the choice of holding cards.

In this guide, we’ll give a detailed explanation of how to play video poker, along with a description of some of the games you’ll find here at Casino.com. You will soon be ready to start playing some awesome video poker titles.

Video poker dates back years, way before the online poker boom of the 2000s. It was invented in the 1970s for personal computers but became popular at casinos in the 1980s. It is now a mainstay on the casino floors of gambling houses around the world and can be found alongside slot games.

Video poker is based on a five-card draw. Players press deal to receive five random cards in view. They then choose to hold anywhere between none and all five of these cards before pressing the deal again. The game pays out to winning hands based on a pay table displayed on the machine.

Video poker grew in popularity in land-based casinos, but it has recently become a staple of online casinos as well. Developers in the Internet gambling scene have come up with innovative ways to improve the game and keep it up to date with other modern offerings like slots.

Playing the game is simple if you follow the steps below:

Secondly, while video poker comes down to chance, you can still use a strategy when selecting which cards to hold. You need to be able to identify draws that could lead to winning hands. For example, if you have a two, three, four, and a five, you should hold these as you only need an ace or six, to make a straight.

If you get a good hand on your first deal, you need to remember to hold all the cards. For example, if you receive a straight or a flush initially, you should hold everything because it would be hard to improve on these hands.

There are various video poker games that you can choose from. These all have slightly different rules, so it’s a good idea to read up on them before you start playing. Here are a few of the titles you can choose from here at Casino.com:

These games all come with diverse features because they’re designed to attract players with varying interests. Nearly all of them offer a special feature that adds a bit of excitement to traditional poker gameplay.

Before you play any of these games, you should study some video poker charts to see what the odds of hitting certain hands are. This will give you a good idea of the chances of landing these, which can influence your decision on the types of cards to hold each time.

It’s nearly time for you to start enjoying some games of video poker. Read the summary below before you get started:

We hope that this guide has been helpful. Please remember to gamble responsibly and that these games are for people over the age of 18.

Next: Tips and Strategies