The History of Blackjack: From France to the US and Beyond

Blog > Casino Betting Guides > Blackjack Guide > The History of Blackjack: From France to the US and Beyond 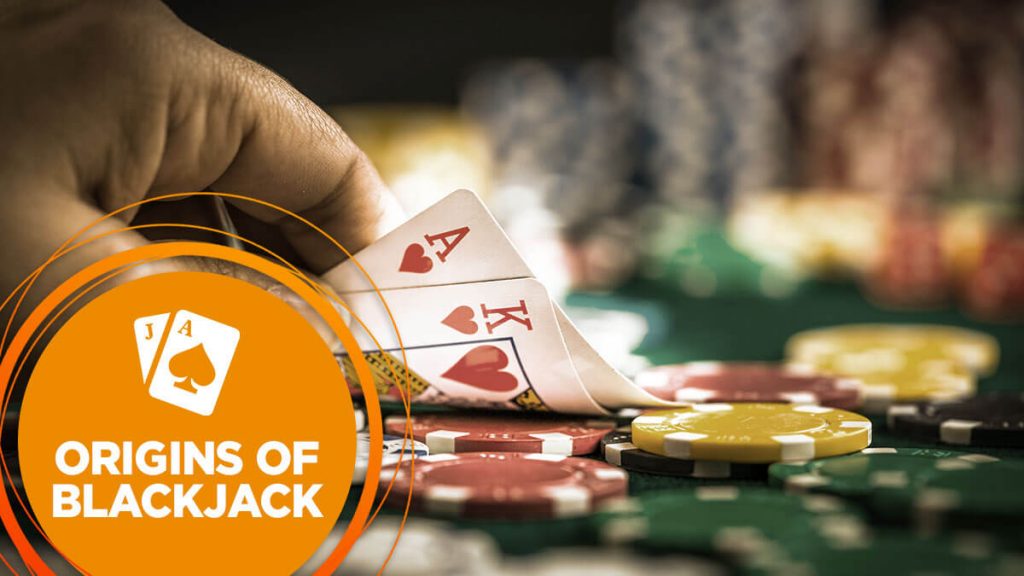 The history of blackjack is fragmented. Like most things from centuries past, it’s a composite of different ideas, trends, and cultural influences. In fact, this is why modern blackjack isn’t regarded as a casino game with specific rules; they vary from casino to casino. Although the classic format remains popular, there are variants aplenty available for the curious patron.

To understand how we got to a point where Vegas Blackjack can sit alongside such incarnations as Quantum Blackjack, some historical insight is needed. Only by stitching together the various reported origins of blackjack can we start to understand how the game evolved into the modern iteration.  Blackjack’s history may be fragmented, yet the major pieces of the puzzle are clear. Here is a basic breakdown of the origins of blackjack.

The Origin of Blackjack

One blackjack origin theory is that it hailed from Ancient Rome. Although unverified by any credible historian thus far, some believe that there exist references to a game that was played with wooden blocks that had a similar objective to 21. For most though the origin of blackjack is vingt-et-un; a game played in France during the 17th and 18th centuries. Vingt-et-un translates into English as ‘twenty-one’.

In general terms, the object of the game was to make the best total which, as you can tell by the name, was 21. A lot of the early rules for vingt-et-un were derived from another card game popular in France at the time, chemin de fer. This game was popular in Europe and had it a similar objective as baccarat. For context, the aim of chemin de fer was to hit a total of nine with two or three cards.

The popularity of card games where the objective was to make a certain total wasn’t confined to France. Trente-Un (thirty-one) was played in Spanish territories and the aim was to make a total of 31. Similarly, in Italy, sette e mezzo (seven and a half) was another popular total-making card game.  These influences started to converge as explorers and colonists moved around Europe.

In fact, the history of blackjack is present in historical documents of the time. Also, 21 was referenced in the classic novel “Don Quixote” published in1605.  It was popular with King Louis XV and his courtiers. Eventually, this melting pot of rule-sets followed French colonists across the Atlantic to North America. By the late 17th century, vingt-et-un was being played by soldiers and settlers as far away as in the North America.

Born in the USA

The history of blackjack may have started in Europe, but the modern game was born in the USA. The game French colonists had first introduced to North America was quickly adopted by gambling halls in New Orleans. 21’s emergence in America was ushered in by Eleanor Dumont, a skilled dealer from France who travelled the US and drew crowds wherever she went – vingt-et-un soon began its transition to blackjack.

This leads us to the question of how blackjack got its name. It appears that the name changed from vingt-et-un when gambling halls would offer 10:1 payouts if players made a hand known as ‘Black Jack’ i.e. a two-card hand consisting of a black jack (spades or clubs) and an ace of spades. The special payout gradually faded but the name stuck. Eventually, by the time Governor Fred Balzar signed Assembly Bill 98 in 1931 to make Nevada a legal gambling state, the stage was set. Vingt-et-un had become 21 which, in turn, had evolved into blackjack.

Dumont is just one of a series of famous figures who have contributed to making blackjack one of the most popular casino games in the world. Eduard O Thorp (author of the classic ‘Beat the Dealer’), Bill Betner (one of the most successful casino gamblers of all time) and mathematician Peter Griffin are all among hall-of-famers who have become known as legends of the game.

Las Vegas casinos developed the blackjack rules we see today as well as exported the game back to Europe and even into the Asian markets. Today, blackjack is played around the world, which is not surprising given that blackjack’s history contains so many trans-continental twists and turns.

In addition, the game’s popularity has remained steadfast and arguably even increased thanks to the borderless nature of the internet, because casino blackjack is so easily accessible. Online blackjack resonates well with fans because modern blackjack variants are constantly being added. This means the game of blackjack is evolving in real-time.

Blackjack History and What We Play Today

You might wonder why there are so many blackjack variants at Casino.com. The simple answer is that developers love to be creative and players want a variety of options. More importantly, it’s a product of history games change to fit the demand of the people. As we’ve explained, there isn’t one singular blackjack origin. The game draws its influences from a variety of card games and cultural trends. Therefore, it makes sense that standing still isn’t in blackjack’s DNA.

There’s no doubt the game will continue to evolve. As new technology emerges and preferences change, blackjack’s colourful history tells us that we’ll see new variants spring up. That’s an exciting prospect given that what we’ve got at Casino.com is already impressive. Therefore, if you’re a fan of card games and want something that’s steeped in history but also capable of evolving, blackjack is the perfect choice for you.

While the precise origins of blackjack may lost in the mists of time, there are many other questions about the game which we can definitively answer in our FAQ chapter!

One theory suggests that blackjack is another item to add to the long list of the many things that the Romans invented. They are thought to have played an early version of the game where the numbers were painted onto wooden blocks rather than cards. However, there is no definitive evidence of this theory to date.

Next: How to Play Blackjack

Linkedin
Nicholas Colon
As a 20 year veteran of the casino industry, Nicholas has been involved in all aspects of gaming, from advantage player/manager with the infamous M.I.T Blackjack teams, to a consultant to the “house” in the capacity of gaming mathematician and data scientist. Nicholas has been a visiting lecturer at DUKE, Clemson, and Michigan State Universities. He’s also a published author in the game-theory arena, with an emphasis on economic applications, and is a contributor to many casino gaming and financial sites and publications, including WizardofOdds.com, Forbes, and Bloomberg.
All Posts