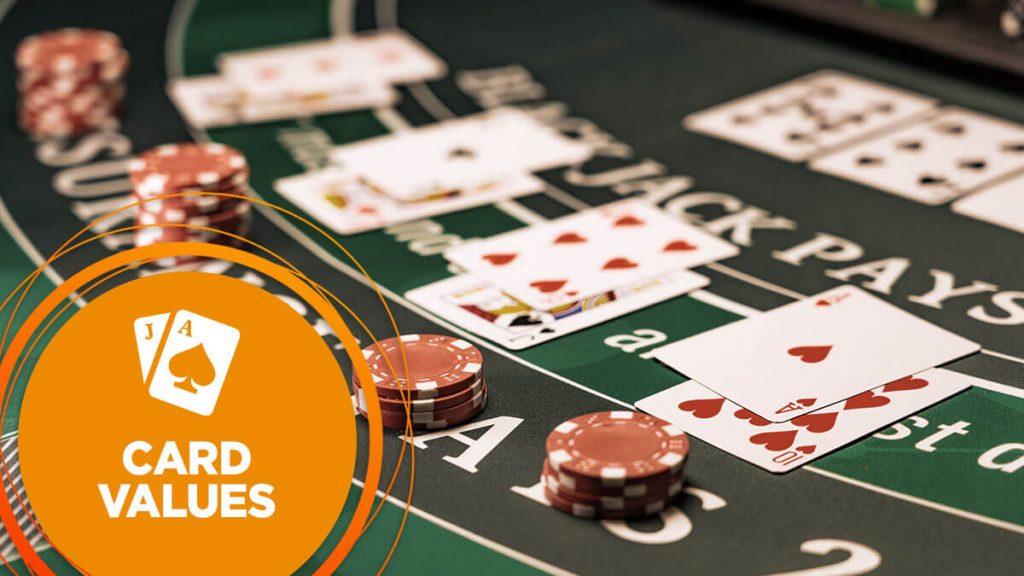 For casual players, blackjack might appear as one of the simpler casino games out there. In reality, there’s a lot for a player to understand at a glance so they can maximise their odds. In chapter four of our online blackjack guide, we’ll go over the different starting hands in blackjack and what they mean for you. We will review the best starting hand in blackjack and go through to the worst starting hand; here’s what you need to know.

Calculating blackjack hand values is central to getting the most out of the game, but it’s an easy process to learn so don’t stress. To start with, players need to consider each card and become familiar with how the different cards are scored – most are intuitive, but some are not.

Now consider the face cards. These are the jack, queen, and king. Each of these offers a value of ten. With four sets of three cards in this range, there is a total of 12 face cards in each deck.

Finally, we have the ace. The ace in blackjack is unlike any other card because it has two possible values. These are either 1 or 11. In most situations, the player gets to choose whether an ace in their hand counts as 1 or 11. Aces are important in Soft Hand totals which will be covered shortly. There are four aces in any deck.

It should be noted that suits in blackjack do not affect a hand’s total value.

The objective for the player in blackjack is to beat the dealer. This can occur in a few ways. One way can occur when the player reaches the target score of 21, either by drawing to a 21 or getting a natural which consists of an Ace and a 10 value card.  This is also called a blackjack. Another way is by the dealer going over 21.  This is called a bust, but this can be done by both the dealer and the player. When the player does this they automatically lose.

Scoring 21 is possible through the right combination of card scores. As stated, this can be accomplished with the first two cards each player is given. It’s not possible to go over 21 with these two cards, but players can hit the score exactly with an ace and a card valued at ten. This could be an ace and a face card, or an ace and a ten. In either scenario, the combination is the best hand in blackjack.

If they don’t get a blackjack with the first two cards, the player finds themselves pitted against the dealer. In this situation, both are playing to get closest to 21. Here the player can keep requesting additional cards to reach their target. The process of getting another card is called hitting.

Each new card adds to the total score, so players have to weigh getting closer to 21 against going over 21 and busting. If they don’t wish for another card, the player can stand, and not take any additional cards.

The worst hand in blackjack that a player can be dealt is a total score of 16. In this scenario, there is a strong chance of the player busting if they hit.

Splits are possible when two initial cards have the same value. A split then separates these cards into two hands, while requiring an additional bet from the player. While more expensive, a split offers better odds than a pair of eights.

After the players make their playing decisions, it’s the dealer’s turn. The dealer reveals their face-down card if they have one and then plays by a predetermined set of rules. The blackjack dealer rules require them to hit until they score at least 17 and then stand. The player can win here either by having a higher score than the dealer, or if the dealer busts.

Any aces the dealer possesses automatically count as scoring 11 if this brings the dealer’s score over 17.

According to probability analysis, the dealer edge in blackjack can range from 0.25% to around 2%, depending on the rules in play. This means that, on average, a perfect player could expect to have $98 left after putting a $100 in action. Of course, the unpredictable nature of the game means that a player could also come out far ahead with a run of good blackjack hands. They could also lose far more if luck isn’t on the player’s side.

The term soft hand in blackjack refers to a situation when an ace in a player’s hand can be counted as 11 points or 1. As an example, the following combinations would be considered soft hands:

Soft hands are considered advantageous to the player because they offer flexibility and a certainty that the next hit will not result in a bust. This doesn’t mean that players should always hit, however. In the example of an ace and a nine, the player score would be 20, which shouldn’t be hit on.

As for what a player should do when they have a soft hand, this is up to the player’s personal strategy.  We’ll cover optimal strategy in the next chapter of this blackjack guide.  A player should use a basic blackjack strategy chart to determine their next move for the best long term outcome.

Hard hands have no varying Ace value in them. In other words, a hard hand occurs when a player either has an Ace that must act as a single point value because it would otherwise cause the player to bust, or no Ace at all in the hand. The following situations are all examples of hard hands:

In the above instances, the first three of these hands started as soft and then became hard hands when the player crossed the ten-point threshold. Once past ten, any ace worth eleven points would have caused a bust, so it must instead be counted as a card value of one.

Keeping this information in mind, players now know enough to start working with and memorising the common blackjack card values, and understanding what they mean. This framework serves as the foundation to basic blackjack strategy, which is the foundation of advantage blackjack play.  Basic Strategy will be covered in depth in the next chapter. .

Did you know that an ace had the same value in 16th century Spain as in modern blackjack? Legendary author Miguel de Cervantes explained the rules of veintiuna (21) in his book titled Rinconete y Cortadillo. He said that the objective was to get to 21, with the ace counting as either 1 or 11. The picture cards have a value of 10 and the rest are determined by their number.

Linkedin
Nicholas Colon
As a 20 year veteran of the casino industry, Nicholas has been involved in all aspects of gaming, from advantage player/manager with the infamous M.I.T Blackjack teams, to a consultant to the “house” in the capacity of gaming mathematician and data scientist. Nicholas has been a visiting lecturer at DUKE, Clemson, and Michigan State Universities. He’s also a published author in the game-theory arena, with an emphasis on economic applications, and is a contributor to many casino gaming and financial sites and publications, including WizardofOdds.com, Forbes, and Bloomberg.
All Posts