Blackjack Betting Systems And Why They Don’t Work 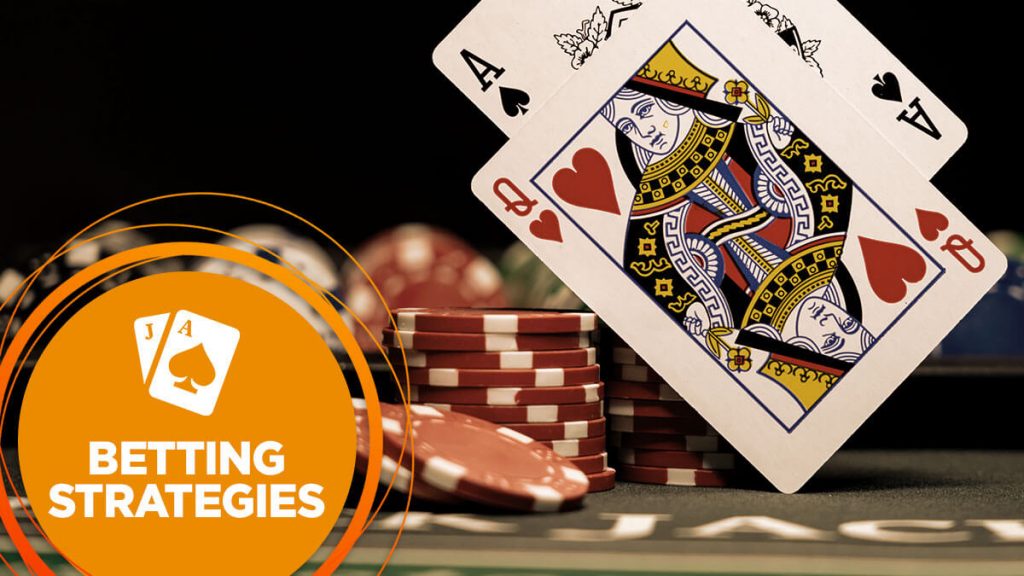 Blackjack, as one of the world’s most popular casino games, has been the subject of a great deal of exploratory work over the decades. This means that a) the game is now so well understood that there’s a proper way to play it, known as the basic blackjack strategy, and b) that there have been a number of efforts to ‘game’ or otherwise optimise the way the blackjack experience plays out.

It’s understandable. Everybody would like their favourite table game to serve as a convenient money printer. Inevitably, though, without exception, all of these blackjack betting systems are flawed. They might provide short-term returns or protect bankrolls over longer play sessions but, as blackjack has an element of luck and the house always has an edge of around 0.5% to 1.5%, no system is unbreakable.

With help from our online blackjack expert Michael Shackleford, we’re going to introduce the most popular blackjack betting systems and explain why they’re not the blessing that many newcomers might think they are.

There can be little debate the Martingale is one of the most well-known blackjack betting systems out there. The player simply doubles their previous bet on a loss. As Mike Shackleford explains, “The thinking behind it is ‘I have to win eventually’ and, when you do win, you recoup all those previous losses since you started with a one-unit bet, plus win one more unit.

The Martingale can be deceptive, because it usually does result in small wins.  However, when it goes bad, it goes really bad.  No matter how much money you have and how much you play, eventually you’ll have a sitting with a long sequence of consecutive losses and you don’t have the money to double your wager again.

“So, a player starts with two units”, our expert begins. “After a loss, they will go back down to one. After the first win, they go down to one and then, after a second win, the player will go up one unit at a time. So, you need to have four wins in a row to win four units, so most of the time you’re either going to lose or win small. It seems like a non-aggressive progressive strategy.”

The benefit of the Manhattan System is that it provides good returns on a run of strong hands, but a streak of good luck is just as likely as a run of bad fortune, which makes the Manhattan System highly situational. It’s also rather confusing for beginners, as there’s a fair amount to remember as the game proceeds. This particular strategy resembles the D’Alembert system, albeit with some rules in reverse.

Getting a little more complicated now. The 1-3-2-6 blackjack betting system is a progressive system (we’ll elaborate on that term shortly) that has some resemblance to the Paroli method, a highly defensive strategy that only lasts as long as three consecutive wins take. In 1-3-2-6, the whole process begins with an even money bet. So, let’s say we stake £2.

This system is applicable to a number of casino games but, given its complexity and the size of the wagers required, it’s not the most popular of the available blackjack betting systems. Michael adds a further note of caution: “You need to win four times to have a big win, otherwise, you’re just going to have something happen between losing two and winning two units.” Be careful with this one.

An off-shoot of the Martingale system, the D’Alembert system was invented by a French mathematician about 300 years ago. We’ve mentioned this one a few times already, but we’ll leave the analysis to our resident expert: “With this one, it’s not like you keep repeating the same cycle over and over again. Here, you always increase your last bet by a unit after a loss and you decrease it after a win, and you quit whenever you reach your winning goal or you run out of money.

“So, the good thing about this system is that this is going to show a profit if the wins outnumber the losses but, also, if the losses only marginally outnumber the wins. It’s only going to lose if you have a lot of losses and a small number of wins, and if that happens you can get really killed.” Once again, the D’Alembert system demonstrates just how much betting strategies can be undone by bad luck.

Risky and underpinned by the need for a winning streak, the Parlay strategy is an all-or-nothing system. “This one is also known as the Reverse Martingale or Anti-Martingale”, Mike explains. “The player will double up his previous bet after a win and reset to one unit after a loss. So, this is going to be appropriate for a player who wants to win a lot of money and he’s prepared to lose everything he brings to the table chasing it.”

“For example, a player sits down at a table with $100 and he wants to win $50,000, and he’s going to keep playing until he achieves one of those two markers. This would be a good way to maximise his chances of getting that big win. Of course, he’s usually going to lose.” Hopefully, it should be evident that the Parlay system is dangerous and, unlike almost all the other blackjack betting systems out there, insists on using no caution at all.

Otherwise known as Oscar’s Grind, Hoyle’s Press, and the Pluscoup Progression, this method is an attempt to balance a lot of wins with a lot of losses. “This is one where you increase your bet by one unit after a win and you stay the same on a tie or a loss”, Michael explains. “So, this is one where your bet amount is going to keep increasing.” While similar to the Parlay system, Oscar’s betting method is not as reckless in practice.

“This is another one where, if you have a big winning goal and you don’t mind losing everything you bring to the table to obtain it, this might be appropriate. Unlike the Parlay System, you’re going to have more time to play with it, more time at the table. The flip side of that coin is that your chances of obtaining your winning goal are not going to be as high. The more you sit at that table, the more the house edge is going to grind you down and lower your chances of achieving whatever your goal is.”

As a bit of trivia, Oscar’s betting method was written down by somebody called Allan. No, we don’t quite get that either.

Why These Systems Don’t Work

Okay, we’ve already been over a number of reasons why these blackjack betting systems don’t work but as a summary, here’s a quick bulleted list, with further commentary from Mike Shackleford.

In summary, while betting systems can add excitement to any casino game, as well as a bit of direction to newcomers’ early experiences, many of the risks associated with using these strategies outweigh the benefits. If you do insist on using one, though, go in with your eyes wide open, knowing you’ll eventually lose in the long run, no matter what betting system you use.  Here are Michael’s closing words.

“I’d like to say that all betting systems are equally worthless in the long run if your goal is to win money or lose the least amount of money possible. I’m not saying don’t use one. If it makes gambling more fun for you, by all means, go ahead. Just don’t be deceived that it’s going to help you in the long run and, if you do use a betting system, please use one of the free ones, like the ones that we just talked about, as opposed to paying somebody for one, as they are just out to cheat your money.”

We hope you enjoyed reading our analysis of blackjack betting systems and why they don’t work – and thank you to our guest expert Michael Shackleford for his insight into what can be a very confusing part of casino gaming.

We have used quite a bit of gaming jargon in this article, so if you would like to find out more about common (and not-so-common) blackjack terminology then head over to our glossary of terms for more info.

The house edge or RTP that is quoted by a casino is always based on the player using a perfect basic blackjack strategy. Given its low house edge, blackjack players often use a progressive betting system to try and gain an edge. The dealer’s rules for hitting or standing is one of the most important factors that make the RTP vary.

Linkedin
Michael Shackleford
Michael Shackleford has a degree in math/economics from the University of California, Santa Barbara, class of 1988. In 1995 he completed his last actuary exam and has been an Associate of the Society of Actuaries ever since. From 1992 to 2000 he was employed by the Social Security Administration in the Office of the Chief Actuary, largely doing short-term cost estimates on congressional legislation. In 2000, Michael turned his attention to the field of gambling where he currently works as a gaming mathematician and writer. He runs a web site on gambling, Wizardofodds.com, and serves as a gaming consultant. In addition, he is the author of the book Gambling 102. Michael has lived in Las Vegas since 2001.
All Posts

In Asia, the likes of Korea, Macau and The Philippines have long been generating significant revenues from the gambling industry. Macau is famous for having

Our Bingo guide will tell you everything you need to know about this popular game. From the history of bingo to easy instructions on how

Keno Guide: Expert Advice on How to Play

Our comprehensive guide to Keno takes you from the origins of this popular game right up to date with the latest online versions. We teach