Wanted Dead or Alive is a stunning slot from Playtech, providing players with a Wild West theme that’s packed with everything you expect to see. The features included in the game are fantastic too, and the visuals are top of the line. Playtech has ensured that every aspect of the game matches up perfectly.

The game has 25 paylines in place, which is in line with the average for the market. However, it has an RTP of 92%, which is quite a bit below the market average. The features included in the game do offer some respite from this low RTP, though. 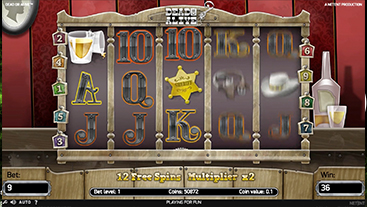 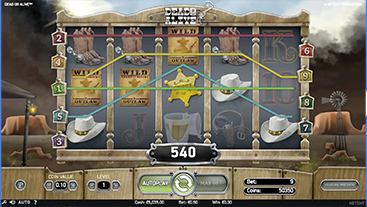 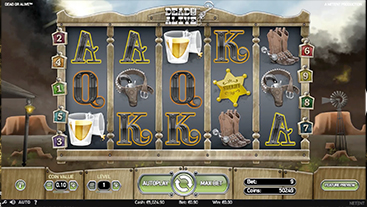 Once you have gotten up to speed with what Wanted Dead or Alive has in store, it’s not a difficult task to start playing for real money. All you need to do is pick a bonus from our promotions and bonuses page, create an account and then start playing. It really is as simple as that. Give it a try at Casino.com IN.

The maximum win available in Wanted Dead or Alive comes through the dollar ball feature. This is a progressive jackpot, so the potential prize available to players can be extremely high. The base game also pays out 10,000 times the line bet as a maximum payout when the dynamite symbol fills up a payline.

All payouts are multiplied by the line bet:

Wanted Dead or Alive is an easy game to get started with. The base game itself has a single bonus included, that makes it a more interesting and deeper experience. Whenever at least 3 cash sack symbols land on the reels, a bonus round will start in which players have to pick one of the cash sacks. This will then award an instant win to players.

The second bonus feature included in the game comes from the gun bonus symbol. When this symbol appears on the first and last reel, it will trigger the villain round. During this round, you will have to choose a villain to start it. Then, they will hide. You have six chances to shoot them, and the earlier you find them, the larger the prize awarded will be.

The final bonus that’s included in the game is the dollar ball feature. This is chosen at the start of the game with an additional stake. Players then choose 5 numbers, and numbers will be added to the symbols on the reels. If the numbers on the symbols match the numbers that were chosen at the start, the game will pay out a portion of the progressive jackpot. The more matching numbers that land, the more of the jackpot that is paid out.

Wanted Dead or Alive is a top-class title from Playtech, and it has been crafted into a superb mobile title for players. The visuals have been scaled down to look great on smaller screens and there’s no visible slowdown. Load it and give it a try now at Casino.com IN.

Wanted Dead or Alive is a great game to play. Although the RTP is a little bit below the market average and there isn’t a free spins round, it drags things back with the other fantastic bonus features. The progressive jackpot is always a positive aspect of slot games, so it’s well worth checking this out at Casino.com IN.