Hollywood Against The House: Casino Games Celebrities Love to Play. 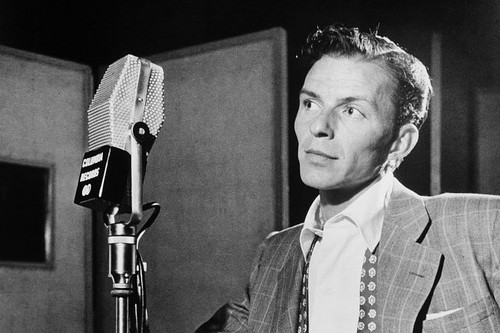 And the winner is… when they’re not picking up Oscars, celebrities like to party. Some hang out at strip clubs with Mr. Bieber, others like to wreck the ball with Miley, a few brave souls even venture into the parallel universes of hard core party animals like Charlie Sheen and Gary Busey. For many, however, the casino is the destination where the party chips get cashed in.

Ever since the early days of Las Vegas, in the 1950s, celebrities have been attracted by the glamour of the casino floor. It’s a relationship that cuts two ways, with casinos happy to have the patronage of the A-list. From Sinatra and Monroe, to Affleck and Sheen, Hollywood loves to turn it on at the tables. Here are some of the big casino players from the celebrity circuit.

The ‘rat pack’ is the name associated with a group of celebrities who made Las Vegas their second home; performing, entertaining, and relaxing at the casino. In the 1950s, the ‘pack’ included the likes of Bogart, Bacall and Errol Flynn. It was in the 1960s, however, that the pack really earned a global reputation, with the likes of Frank Sinatra, Sammy Davis Junior, and Dean Martin. If one of them was booked to play a Las Vegas gig, the other members of the pack would turn up and give an impromptu show. These charismatic performers were an enormous draw, attracting high rollers to the casino. If they were playing, it was standing room only.

Sinatra was a big blackjack player and – along with Dean Martin – got a casino in trouble in 1984, when he persuaded the pit boss to let the blackjack dealer deal from her own hand – violating state laws. Sinatra also owned his own casino – the Cal Neva – on the shores of Lake Tahoe, until it went bust in 2010.

Although most celebrities simply dabble at the casino, just enjoying a few hands of blackjack, or showing off at the craps table, actor Ben Affleck is the real deal. In 2004, Affleck netted the 2004 California State Poker Championship, winning a prize of more than $350,000. Affleck was also banned from the Hard Rock Hotel in Las Vegas for allegedly counting cards at the blackjack table.

Best known for his role as Batman, and as the director of the multi-award winning movie Argo, Affleck is a regular at the Las Vegas Palms, where he enjoys all night action in the no-limit poker parlour with $1,000 chips. If you ever do find yourself in a card game with the Batman star, just remember: he always beats the Joker.

For One Direction front man Harry Styles, roulette is the casino game of choice. Styles has frequently been spotted at the tables of various casinos around the world; most famously at the Crown Casino in Perth, following a gig on the band’s tour.

Much to their frustration, Styles famously would dodge members of his management team and head straight for the nearest roulette table. He was also a huge fan of blackjack. He even ended up barred from Las Vegas casinos because he was underage. Now old enough to enjoy a game, it seems like Harry’s gambling days are behind him.

Nineties icon Pamela Anderson is best remembered as the lifeguard that men would happily drown themselves for; in the vain hope of a mouth-to-mouth resuscitation. The Baywatch babe has lived life to the full: marrying rock stars and modelling for Playboy.

Anderson has also featured on at least two different slots. In 2005, she was the star attraction on a Playboy slot machine, which debuted in Las Vegas. She has also featured, in her role as lifeguard CJ Parker, on several versions on the online slot dedicated to the hit television show Baywatch. In real life, Anderson is huge fan of the slots and was famously caught playing her own game in Las Vegas.

No blog about celebrity gamblers can be complete with paying homage to the one and only Charlie Sheen. Controversial. certifiable, crazy, but never dull… the Hollywood bad boy, and star of Two and a Half Men.

Sheen famously enjoyed sports betting, Blackjack, and all-night parties in Las Vegas casinos; fuelled by tiger’s blood (apparently!). Today, Sheen is on the wagon, helping to bring up his two teenage daughters. Does he still enjoy a flutter? We don’t know.

In Asia, the likes of Korea, Macau and The Philippines have long been generating significant revenues from the gambling industry. Macau is famous for having

Our Bingo guide will tell you everything you need to know about this popular game. From the history of bingo to easy instructions on how

Keno Guide: Expert Advice on How to Play

Our comprehensive guide to Keno takes you from the origins of this popular game right up to date with the latest online versions. We teach