5 Historical Gamblers Who Played and Won 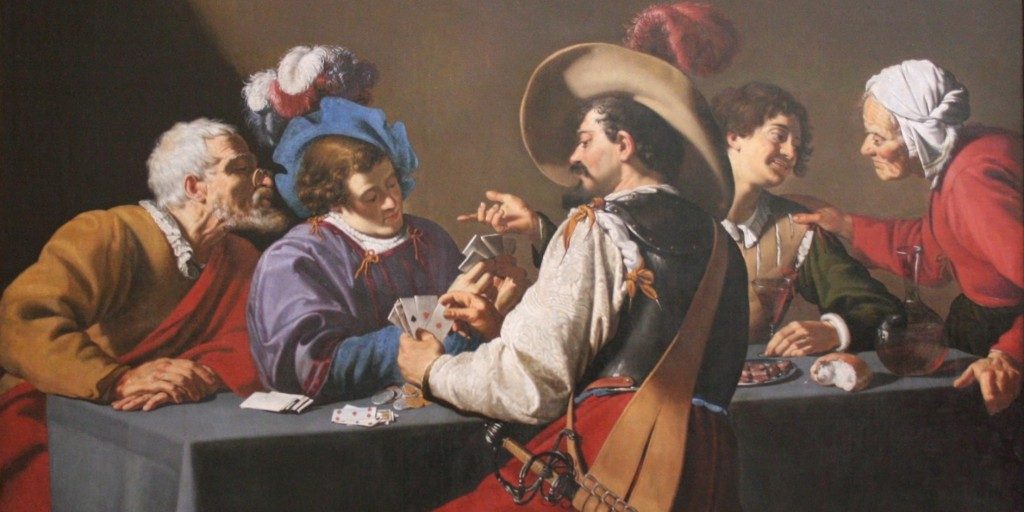 Lots have been cast since time began. In the bible, the casting of lots is mentioned 70 times in the Old Testament and seven times in the New. Even rogue disciple Judas was replaced with the throw of some ancient dice. Divine intervention is suspected.

Today, gambling is regulated and precisely calculated. Modern casinos know the precise odds of every games they host. Players are also aware of the risks and rewards. It hasn’t always been like this.

This week, we look at five pioneers who elevated and enlightened gambling. From Roman Emperors to the man who first blew the whistle on sharp practice and rogue players.

According to legend, even the length of a year came down to a gamble. In Plutarch’s book on ancient Egypt Isis and Osiris, the goddess of female fertility and mother of the ancient gods is Rhea.

Wayward Rhea gets herself impregnated by Saturn. Her jilted husband Helios justifiably gets the hump and curses Rhea: preventing giving birth on any day of the year.

However, love struck Mercury comes to the rescue and plays a gambling game with the moon. He wins a seventieth of the moon’s light – just enough to add an extra five days to the calendar, and enough to give Rhea the opportunity to give birth. Result!

The emperor Claudius was called a ‘monstrosity of a human being’ by his own mother and there is speculation that he may have suffered from cerebral palsy or Tourettes.

His infirmities probably saved his life. Perceived as a halfwit, he dodged assassination – unlike most of his family. He was actually an accomplished historian and shrewd politician. He was also a fervent gambler and loved to play dice.

Claudius even went so far as to publish a book about dice and had a special board fitted to his carriage, enabling him to play when he was out driving. He was also known for giving his dinner guests money so they could gamble with him.

At the root of every casino game or sports bet is probability. Probability is defined as ‘the extent to which an event is likely to occur, measured by the ratio of the favourable cases to the whole number of cases possible’.

It was geniuses like Galileo, Pascal and Fermat that got to the bottom of ‘the odds’. Galileo blazed the trail when he proved a favourable proposition for a dice game. He proved that increased probability existed. Fermat and Pascal would establish the theory of ‘expectation value’ 100 years later.

Born in 1672, Edmund Hoyle became the leading authority on the rules of the game. Whist, backgammon, piquet, chess, brag, were all subject to the definitive Hoyle makeover – resulting in the phrase ‘according to Hoyle’.

Even though they are 250 years old, his rule books are still available today. Hoyle was a charter inductee in the Poker Hall of Fame – even though he died 60 years before the game was even invented,

Jonathon Green is the classic example of poacher turned gamekeeper. Born in 1813, Green was a professional gambler plying his trade as a riverboat gambler on the Mississippi River.

Known as Captain Green, he famously won more than $20,000 in one night at the Old Chestnut Arcade when he was in his twenties – a fortune in today’s money.

In 1842, Green had an epiphany. He repaid all those he had beaten at cards and travelled the country exposing conmen and illicit gambling clubs. His pioneering work helped to regulate gambling across the country.