At Casino.com we are proud that the Mansion Group is a firm supporter of the highly respected and globally enjoyed English Premier League. Having signed deals with AFC Bournemouth and Crystal Palace FC as Official Main Sponsor for both teams, Mansion will feature on the front of home, away and training kits at the two clubs. These partnerships will cover the 2015/2016 season, promising a very exciting year ahead! 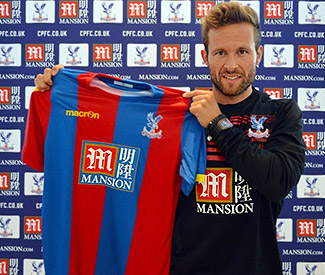 For their third consecutive season in the Premier League, Crystal Palace Football Club has announced Mansion as their new Official Main Sponsor. Finishing in the top 10 last season, 'the Eagles' were lifted by the home coming of former player, Alan Pardew as their new manager.

The coming 2015-2016 season is set to be a thrilling one at the club, with their first full season under Pardew and a renewed confidence from their recent performance.

"We have an exciting season ahead of us, as we seek to truly establish ourselves in the Barclays Premier League, and I'm excited that Mansion will be joining us as we continue to create a new reality and future for our Club," said Stevie Parish, Chairman at Crystal Palace FC.

The deal will see Mansion feature as shirt sponsor across all kits, alongside a range of other joint commercial and marketing activities.

"We look forward to working together with Crystal Palace on a number of initiatives that will enhance the visibility of both of our brands, whilst providing a platform for CPFC fans, and our Mansion casino members, to benefit from the partnership."